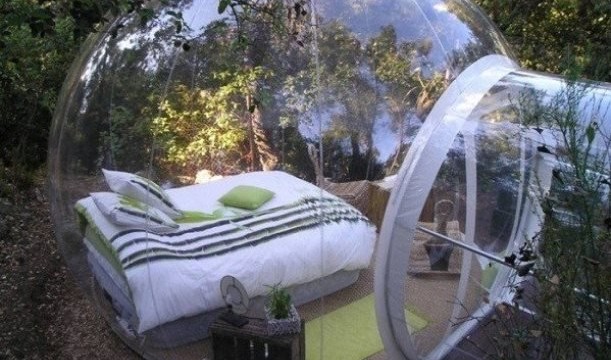 Researchers at the Hormozgan Science and Technology Park in Tehran designed and built a test model of a portable bed – or a so called “quiet room” – which isolates a person from the outside world and prevents sound from penetrating the lounge.

According to the project director, Mohammad Ali Mirzaei, noise pollution can cause mental illness and affect the physical well-being of a person.

“As result of these findings, we came to the idea of creating a place for recreation, which would contribute to human isolation from the outside world and prevent the occurrence of these diseases,” he said, cited by the news agency Mehr.

The expert claimed that there is a very high level of noise in many Iranian provinces, but so far the problem of its impact on the human body has been given too little attention. The new portable bed has been designed to prevent human diseases as a result of the impact of urban noise. According to the expert, the bed can reflect up to 50 decibels of sound.

Mirzaei believes that such beds could be used in hospitals and areas with high levels of noise such as hostels or in the homes of ordinary people. The price of this innovation, according to preliminary estimates, will reach 5 million Iranian tomans (about 1,650 US dollars), but is expected to gradually decrease after the start of mass production.