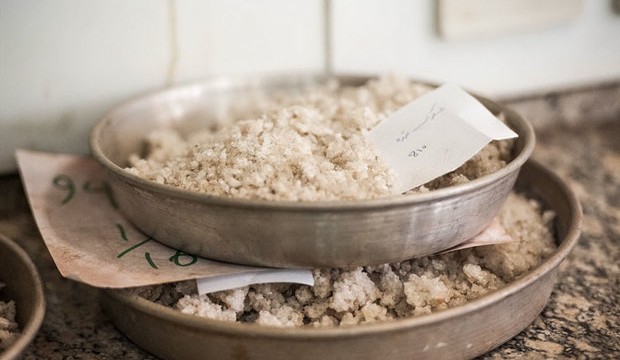 KARAJ, Feb. 29 (MNA) – By unveiling seven rare-earth elements bars and pure powders at the National Research Center for Minerals in Alborz Province, Iran has now joined other countries in producing this kind of element.

Seven rare-earth elements bars including praseodymium(III) oxide, neodymium(III) oxide, cerium(IV) oxide, yttrium(III) oxide, mischmetal, ferrotitanium and lanthanum oxide were unveiled at the National Research Center for Minerals in Alborz Province on Sunday, and in the presence of Vice-President for Science and Technology, Sorena Sattari, AEOI Head Ali Akbar Salehi, deputy minister for Industries, Mines and Trade as well as Alborz governor and a number of other local officials.

Speaking at the unveiling ceremony, Sorena Sattari stressed the need for separating the country’s economy from oil and instead, developing knowledge-based projects, saying “today, wealth is generated through science and technology and our country with all its remarkable scientific potential can easily become independent of oil exports.”

Director General of National Research Center for Minerals, Ali Mollataheri, also speaking at the ceremony, said the country’s advancement in the field of rare-earth elements is considered as a modern achievement in the efficient management of the main elements as well as the basic resources for hi-tech industries.

Noting Iran has bypassed limits of hi-tech knowledge by obtaining the technology to produce rare-earth elements, Mollataheri said “studies on these research projects started a year ago by a research and expert team at the National Research Center for Minerals.”

He went on to add that the research itself begun six months ago with tremendous efforts of 30 scientists in various chemical fields.