A look at Iranian newspaper front pages on March 1 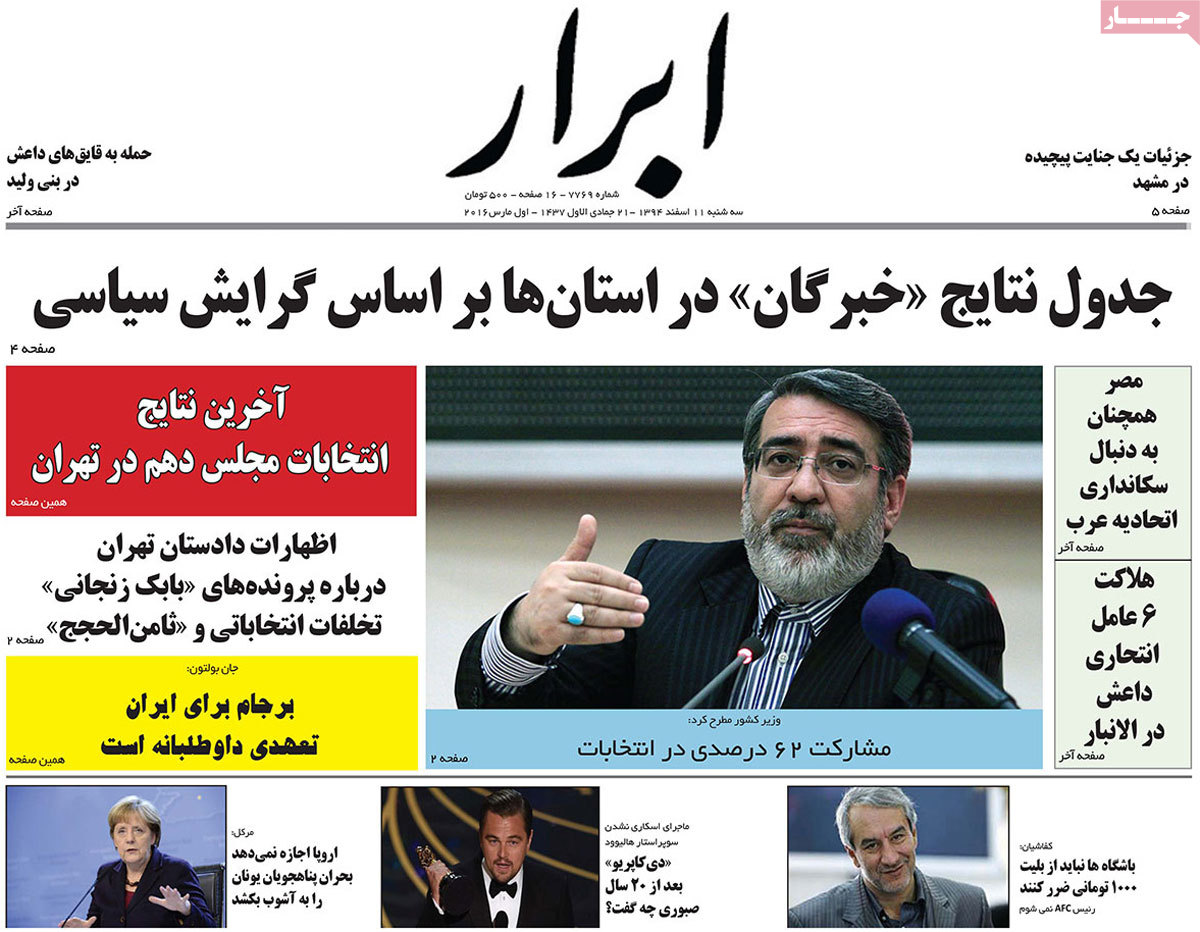 A report about what agendas parliament representatives will pursue in a ban-free Iran.

2.  The daily has published the finalized list of winning candidates in the parliament and Assembly of Experts elections in the capital 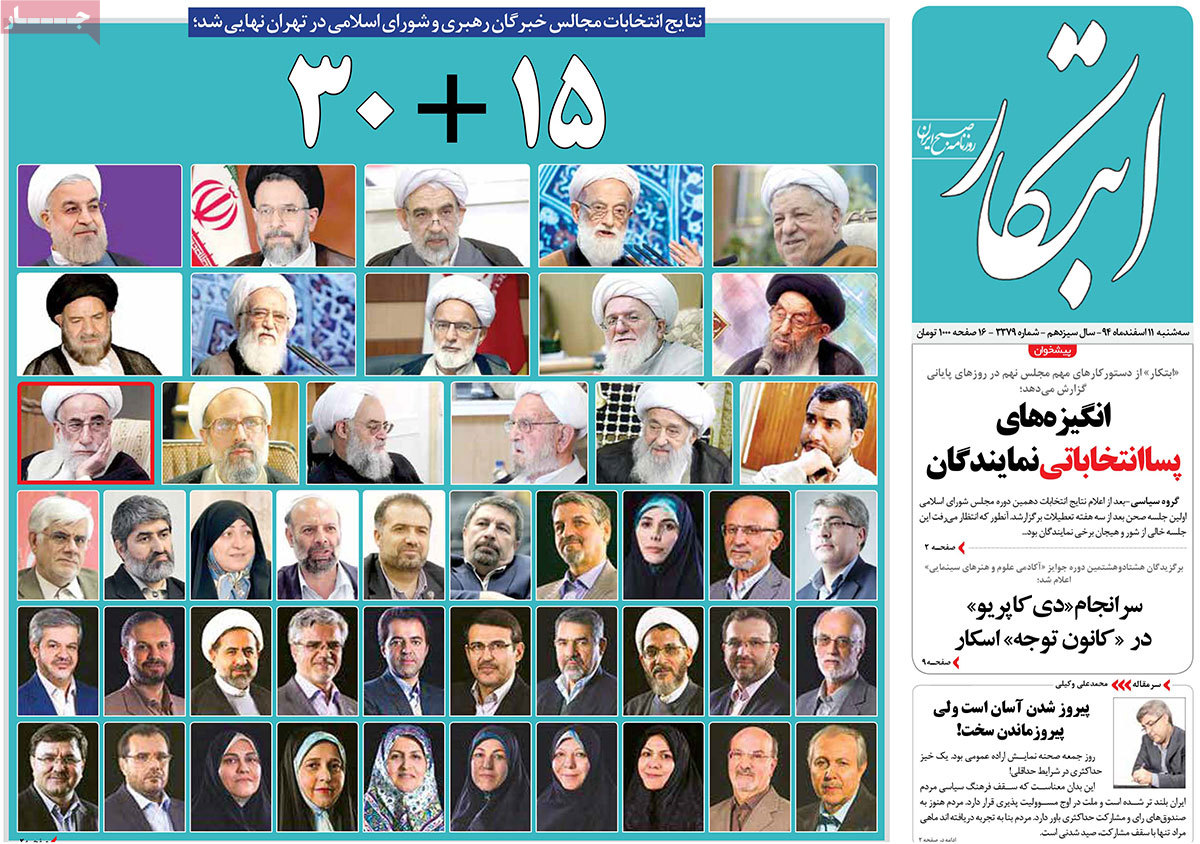 1.  Leader calls on election winners to honestly serve the nation to be truly thankful to them 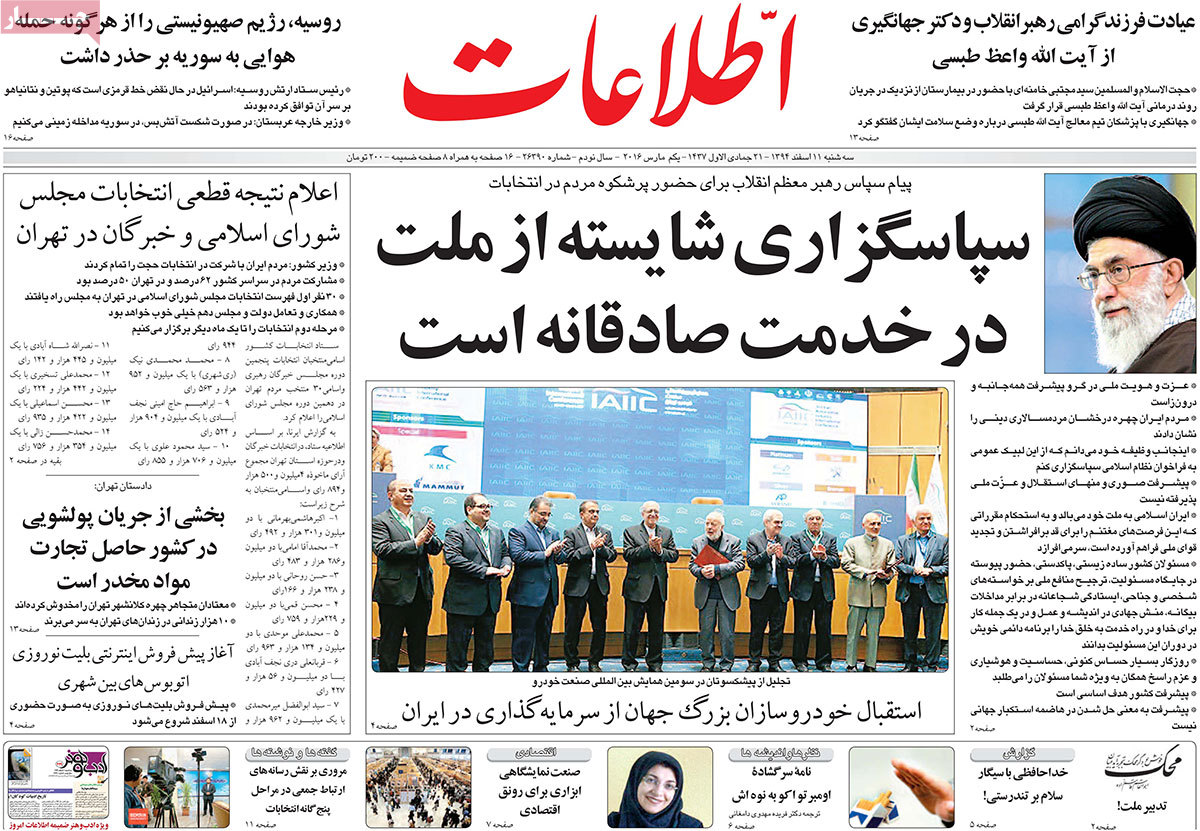 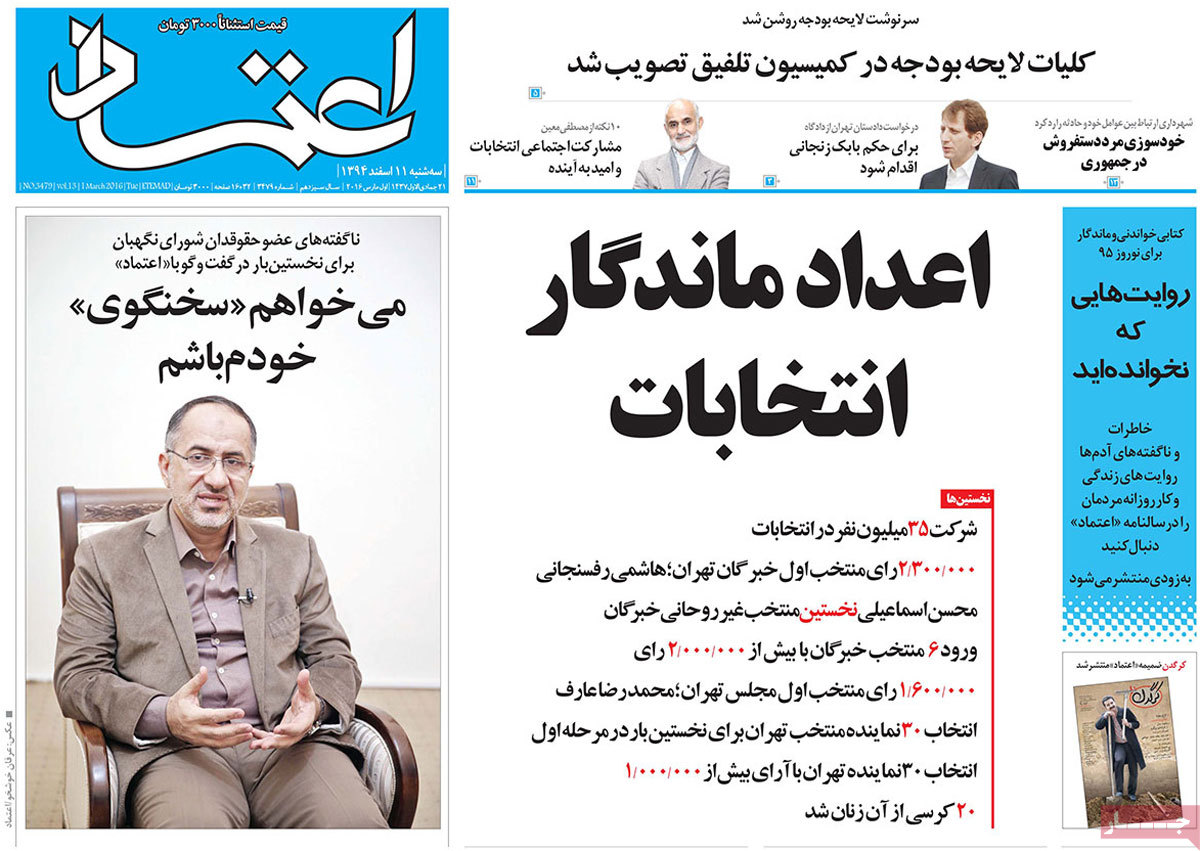 3.  Migrant birds not to fly to Anzali lagoon 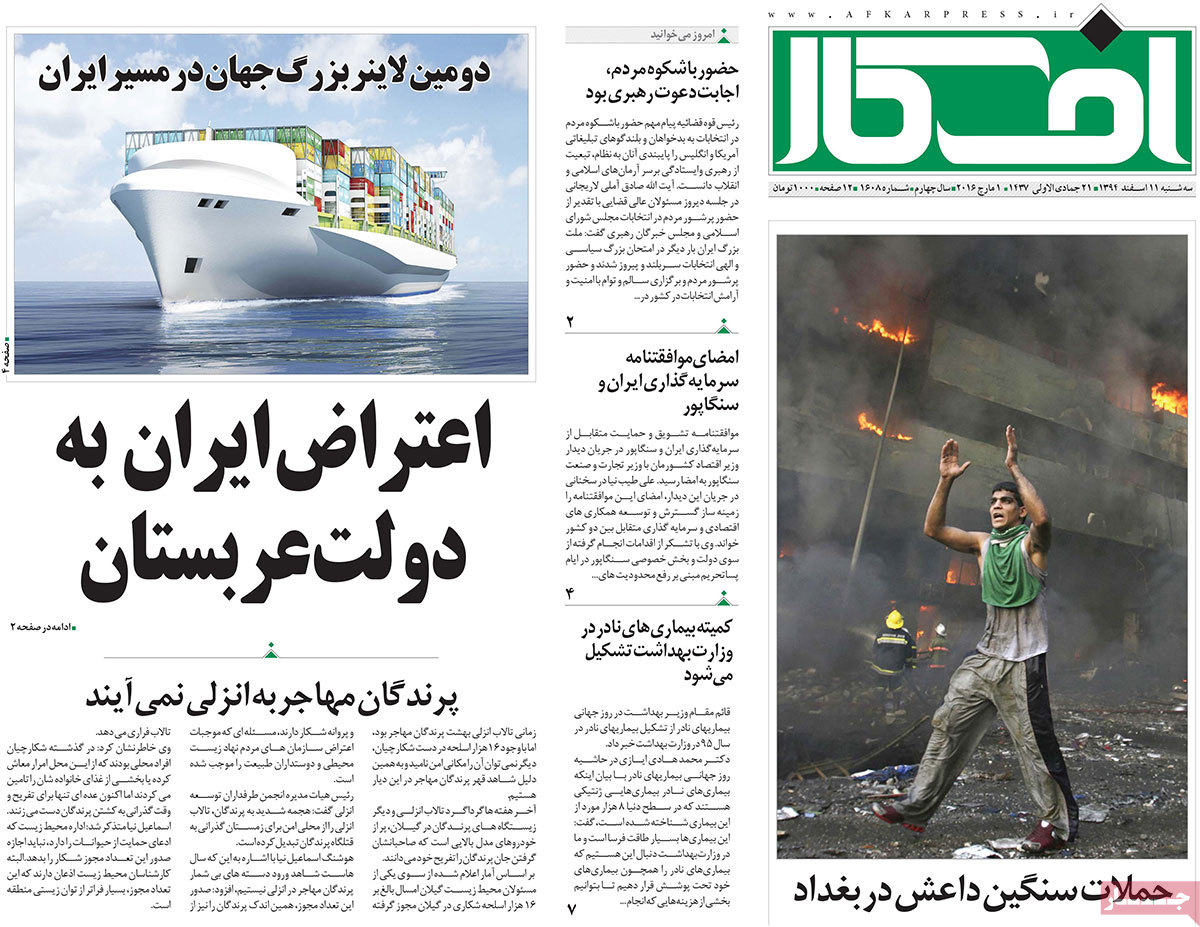 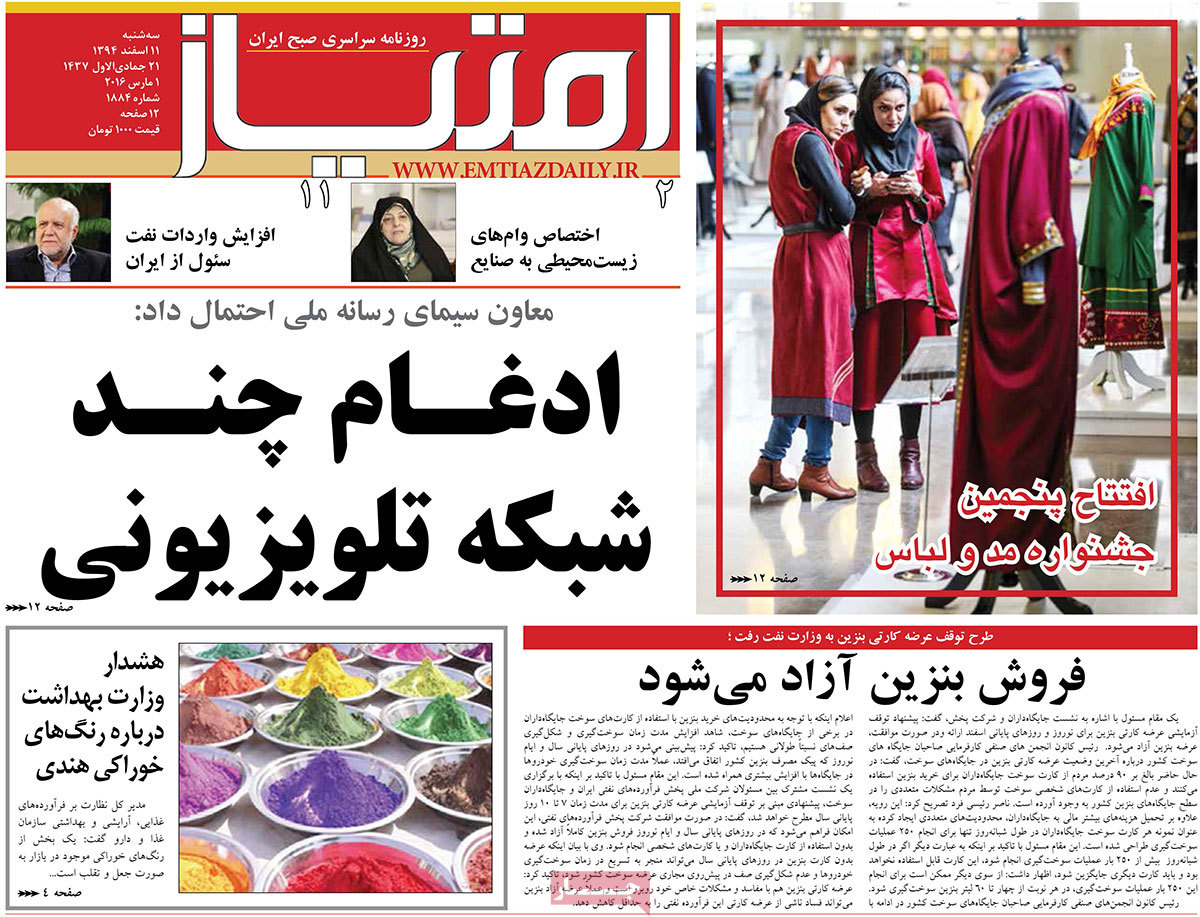 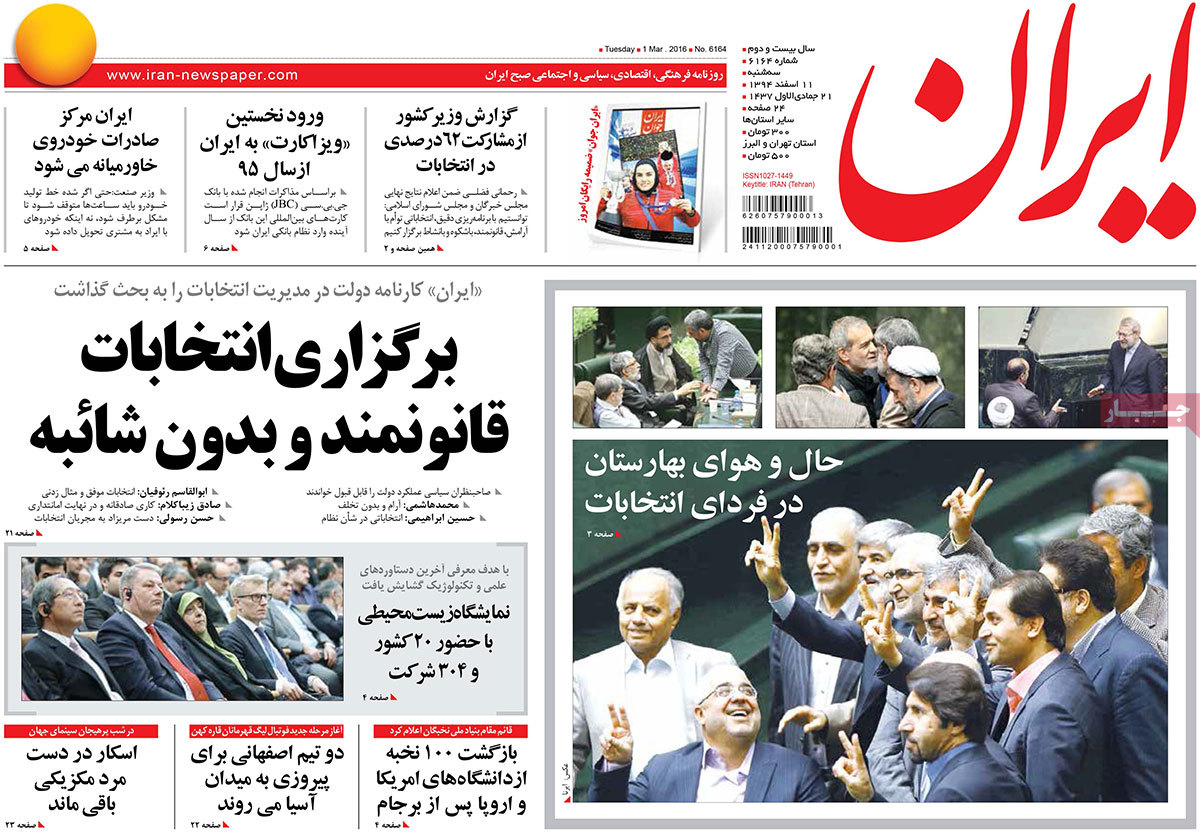 1.  Leader: Future parliament will have to shoulder heavy burden 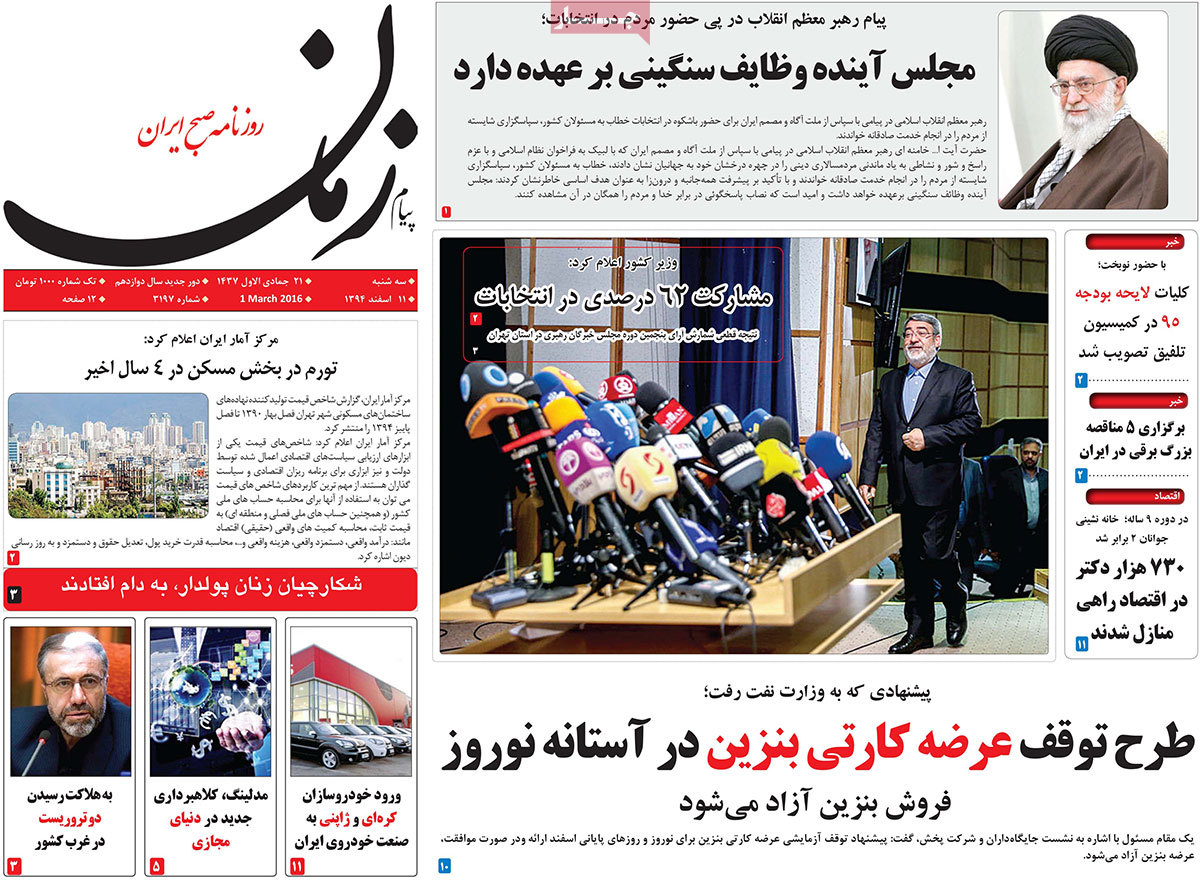 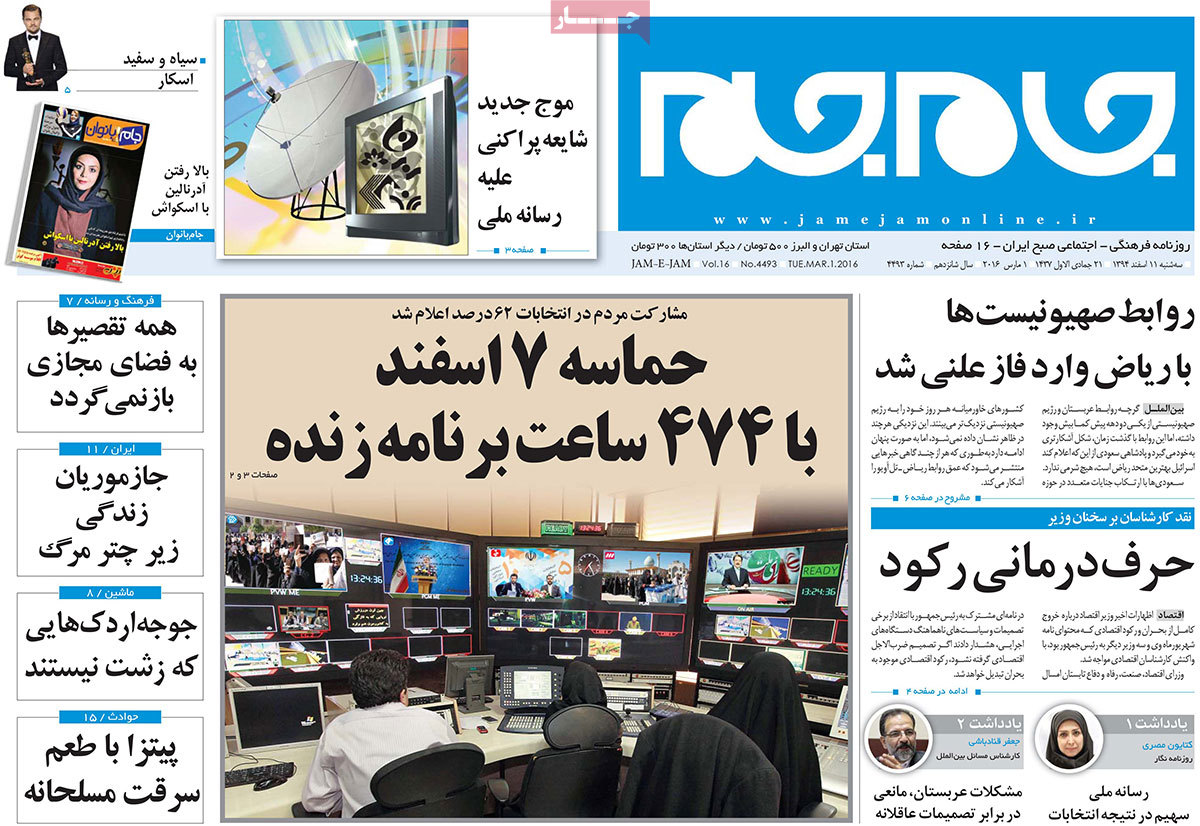 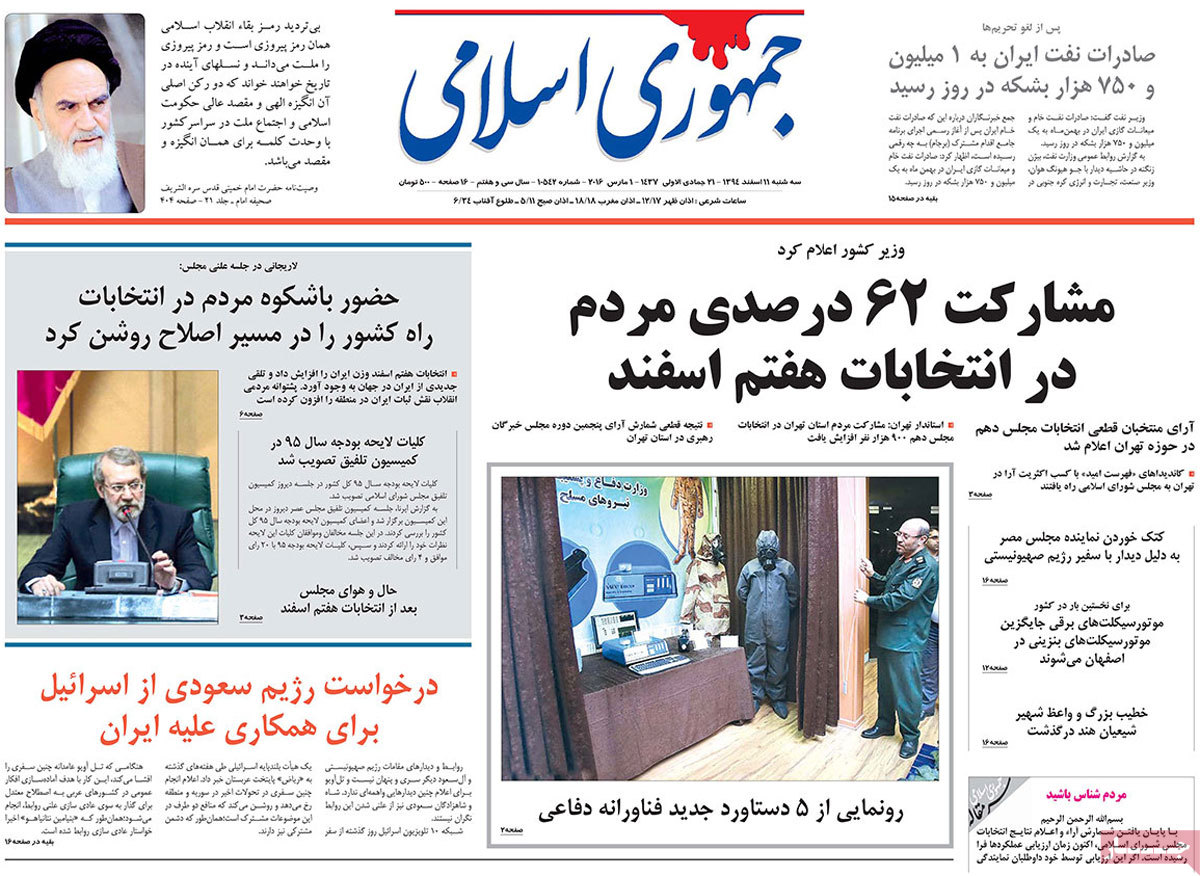 1.Judiciary chief: Nation will not step back from revolution values 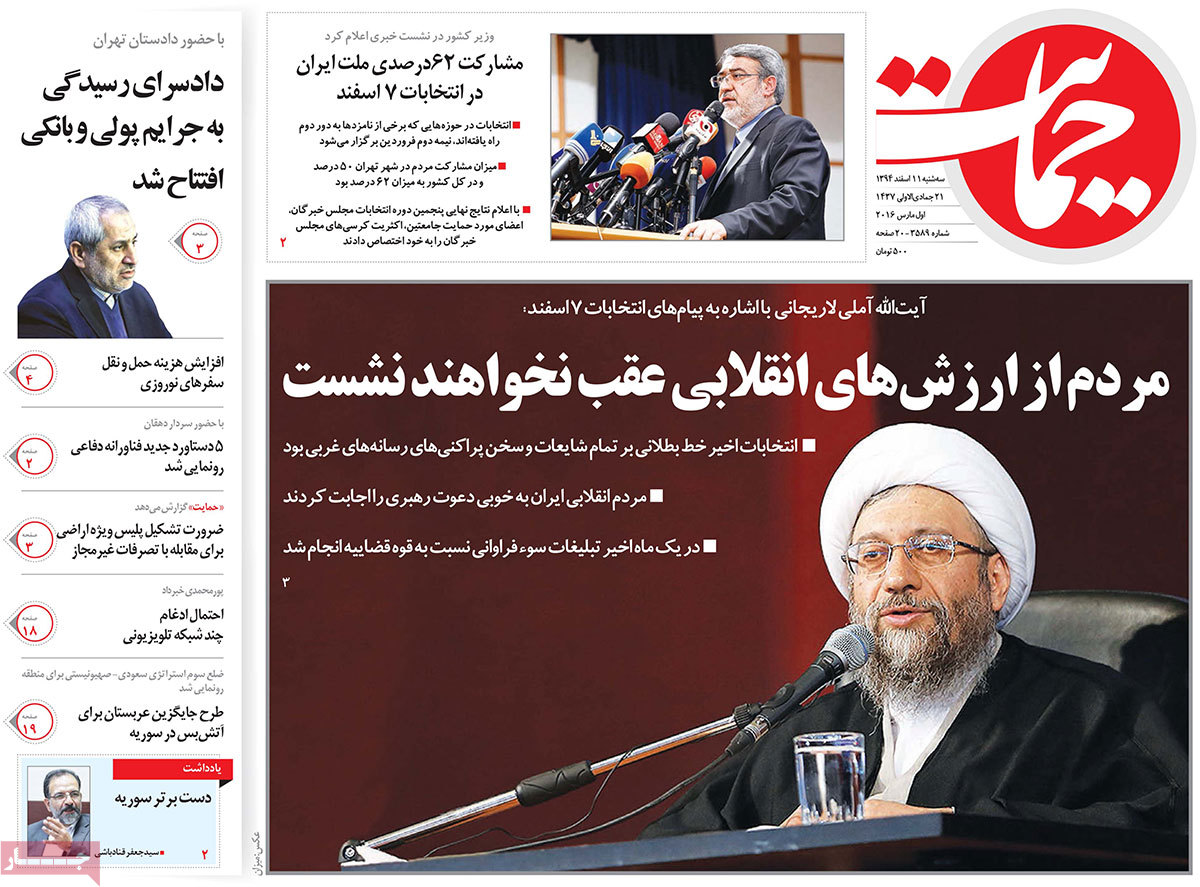 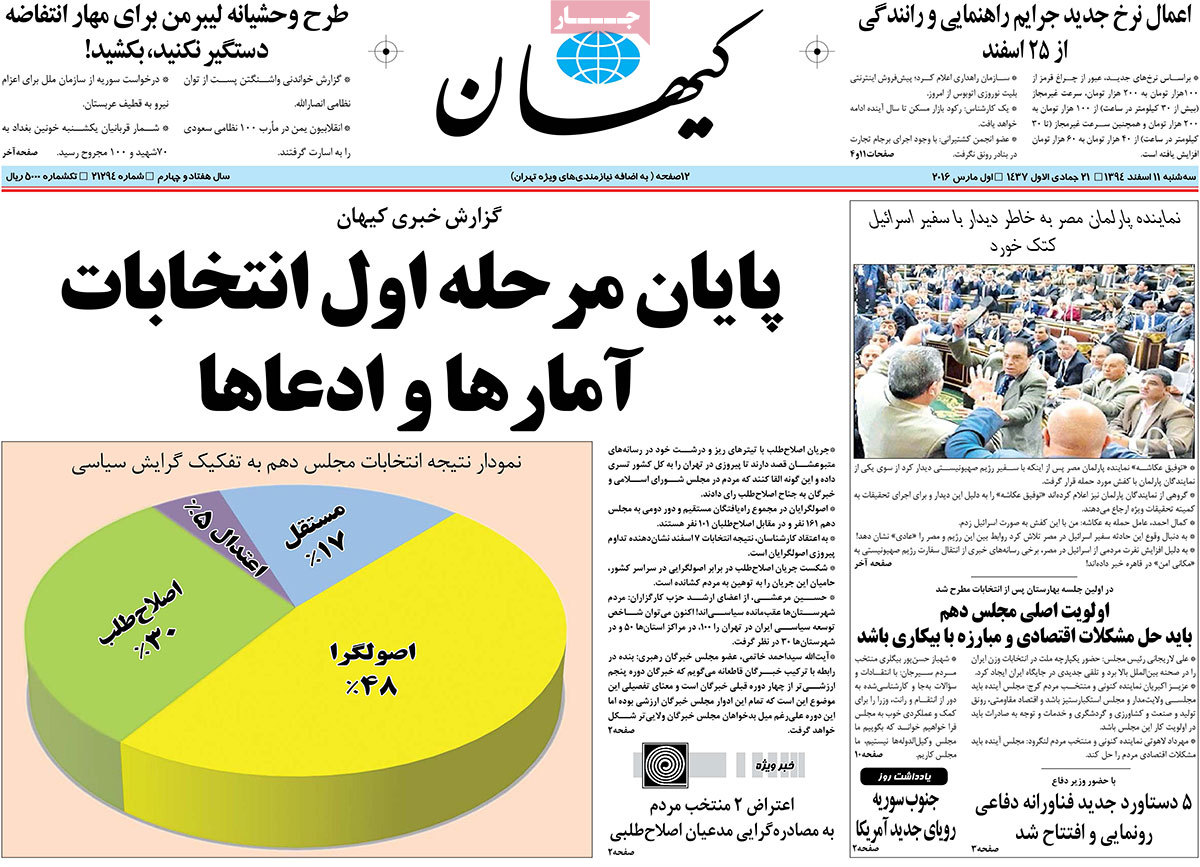 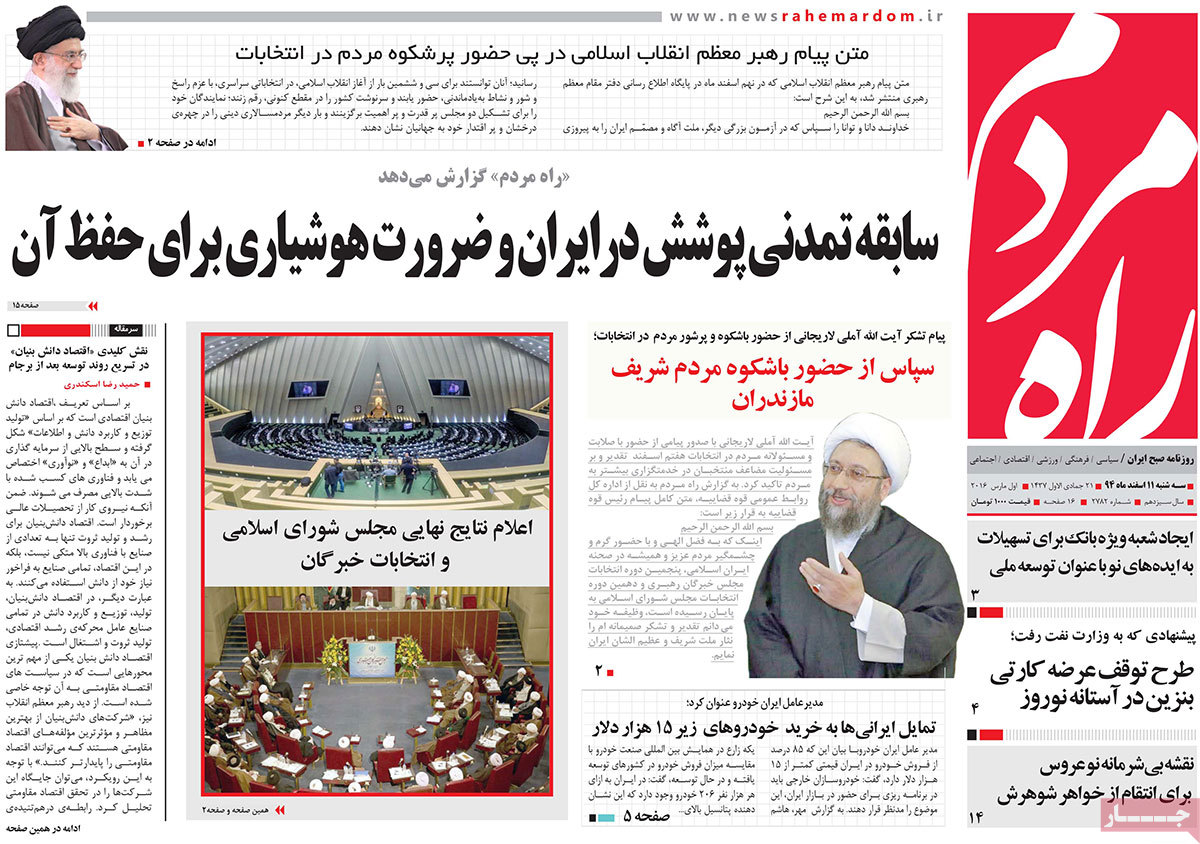 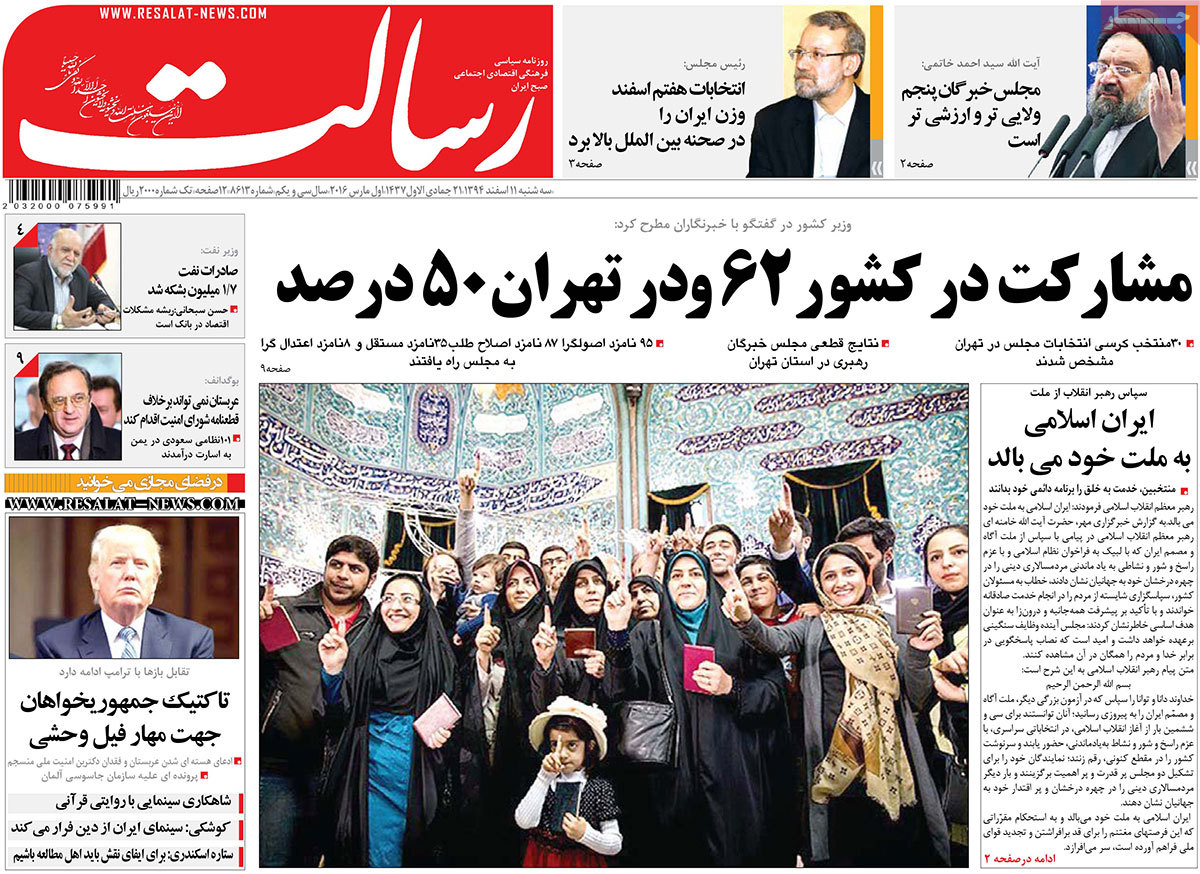 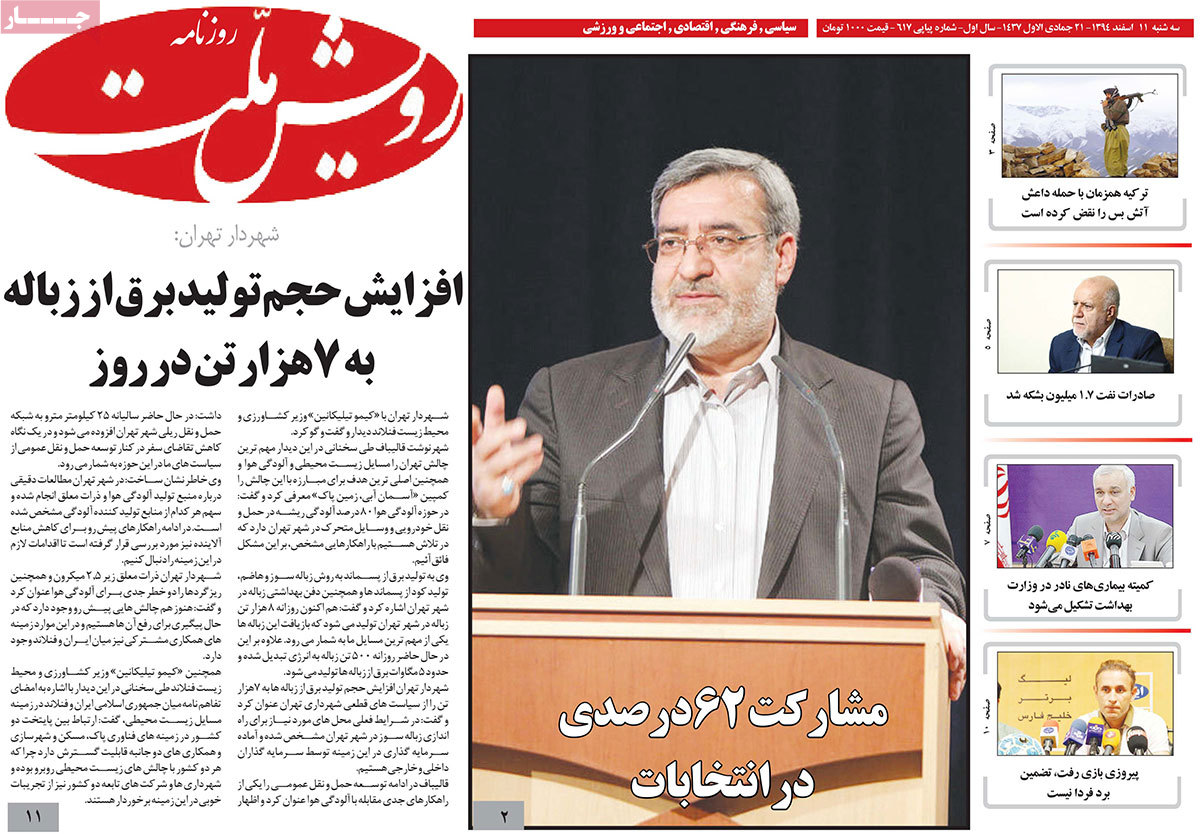 1.  Director says would like to make movie about “worriers”

Worriers are a group of Iranian politicians who said were very much worried about the consequences of the nuclear deal Iran struck with world powers in July 2015.