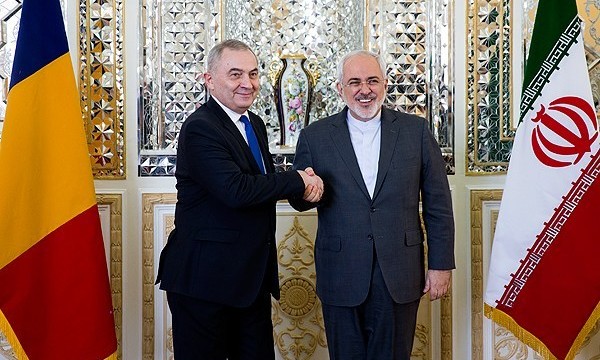 The Romanian foreign minister arrived in Tehran Monday evening to hold talks with a number of Iranian officials.

He is accompanied by a ranking economic and political delegation which includes leading entrepreneurs and businessmen from his country.

Comanescu is scheduled to meet with the Iranian President Hassan Rouhani, Parliament Speaker Ali Larijani and ministers of petroleum and finance.

He will discuss ways of promoting bilateral relations during his meeting with the Iranian officials.