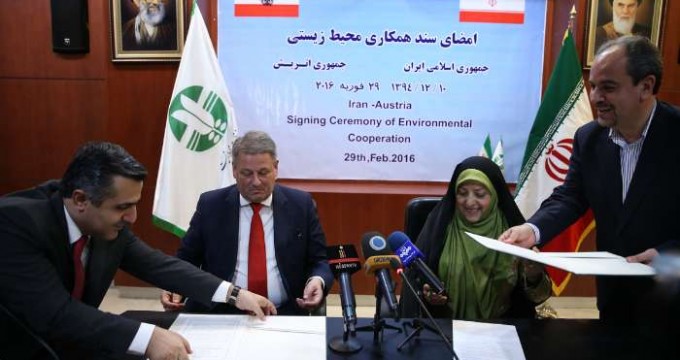 Speaking at the opening ceremoney of the 15th International Exhibition of Iran Environment in Tehran on Monday, Mr. Rupprechter highlighted Iran’s significant role in initiatives for the protection of environment, pointing to Leader of the Islamic Revolution Ayatollah Seyed Ali Khamenei and President Hassan Rouhani’s emphasis on the issue.

Iran is the first country taking account of the environment in its constitution, he added.

The minister noted that Austria and Iran have launched very similar environmental efforts, stressing that settlement of the challenges requires joint effort, which materialized in the 2015 Paris Climate Conference.

With its matchless human resources, Iran will play a major role in the future of the world’s environment, Rupprechter stated, expressing his country’s willingness to strengthen cooperation with Iran.

In October 2015, the global climate summit in Paris, known as COP21, forged an agreement, setting the course for a historic transformation of the world’s fossil fuel-driven economy within decades in a bid to counter global warming.