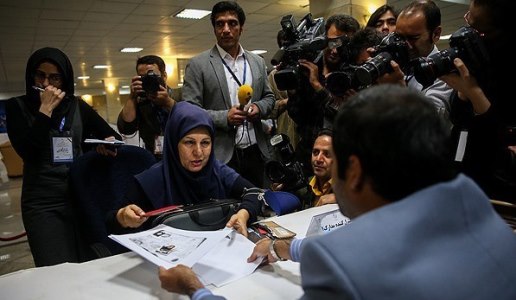 Tehran, February 29, The Iran Project – The Friday’s poll in Iran is characterized by a feature which makes it distinctive from the previous ones. The 10th parliamentary election of Iran witnessed a higher rate of women participation compared to past terms, proving the progress of female politicians in Iran’s political sphere.

While the final list of Iran’s parliament’s representatives is yet to be announced, so far 14 female candidates won the seats and eight more will compete in second round of parliament election which is reportedly to be held in April.

In case all eight female candidates win the contests in the cities, then women will gain as much as 22 seats in Majlis which is a highest record since the revolution in 1979.

According to the figures released in some media, the women turnout to sign up for the parliamentary election was remarkable, as well.

Earlier Iran’s Interior Ministry has announced that totally 12,000 candidates registered to run for the 10th parliamentary election, out of which more than 1,400 were women. This number shows 11% share for women, proving 3% growth compared to the last term when the women accounted only 8% of all nominees.

Out of 1400 female nominees, some 584 were ultimately qualified by the Council of Guardian to compete for places in the 290-seat parliament which accounts 9.4% of the total nominees.

A look at the previous terms of Iran’s parliament reveals that the highest rate of women participation in parliament is related to the fifth Majlis in which 14 women were finally elected to take seats.