A look at Iranian newspaper front pages on Feb 23

IFP has taken a look at the front pages of Iran newspapers on Tuesday and picked headlines from 18 of them. IFP has simply translated the headlines and does not vouch for their accuracy. 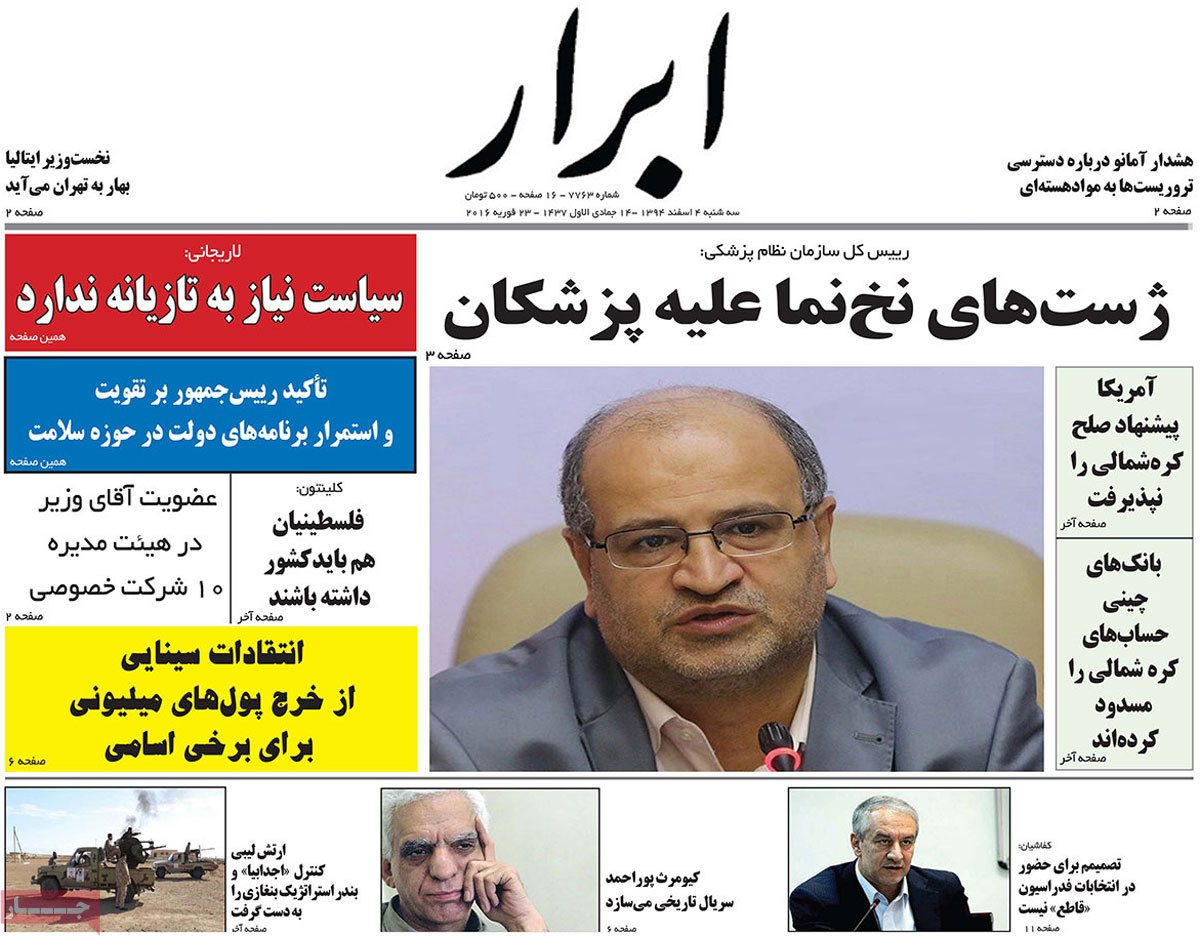 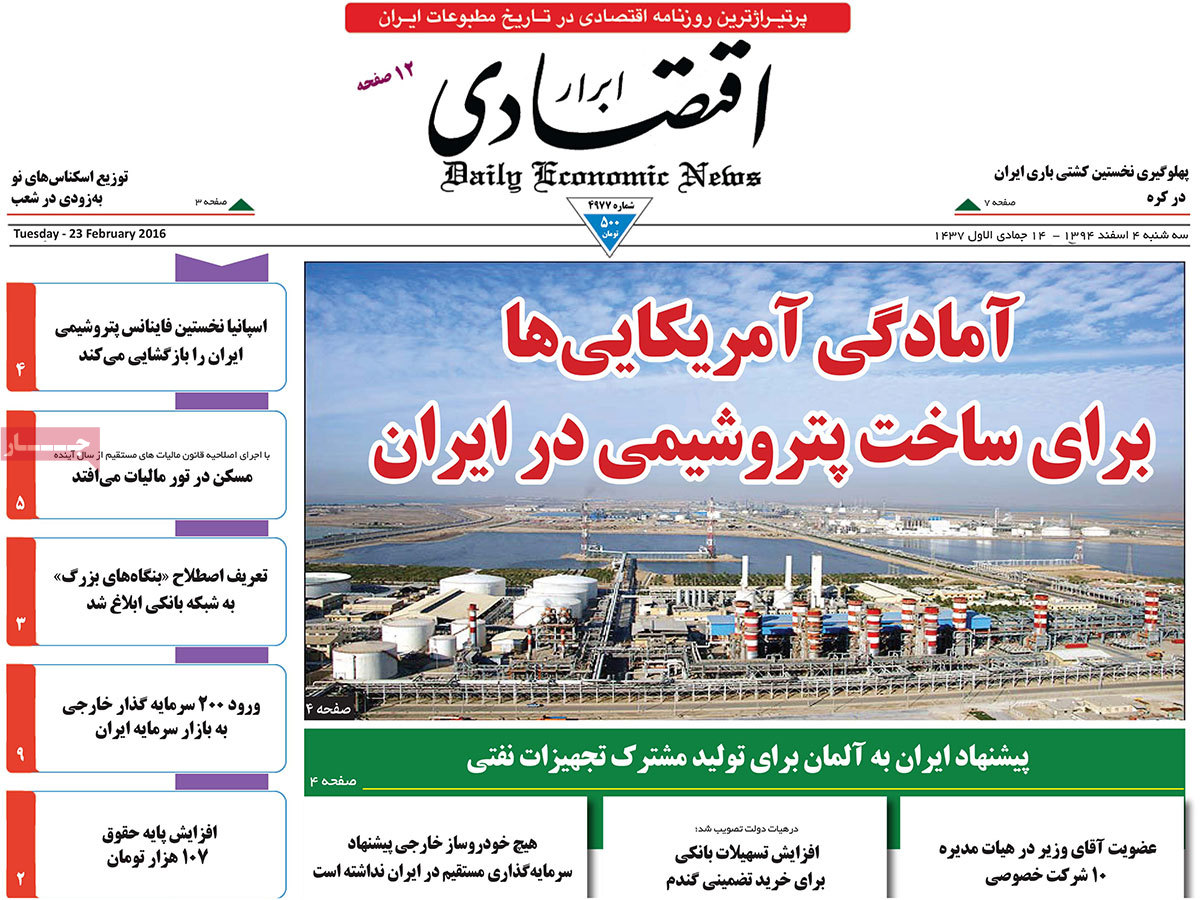 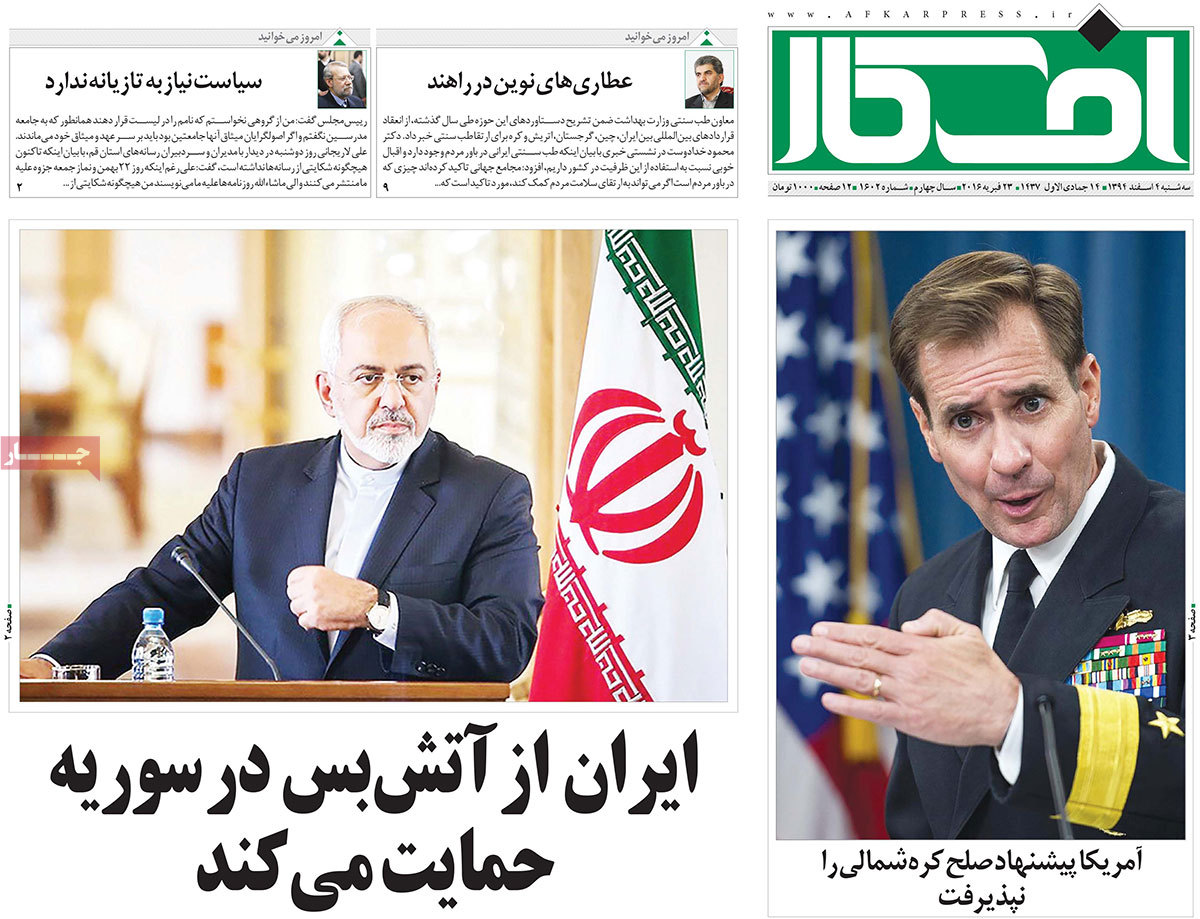 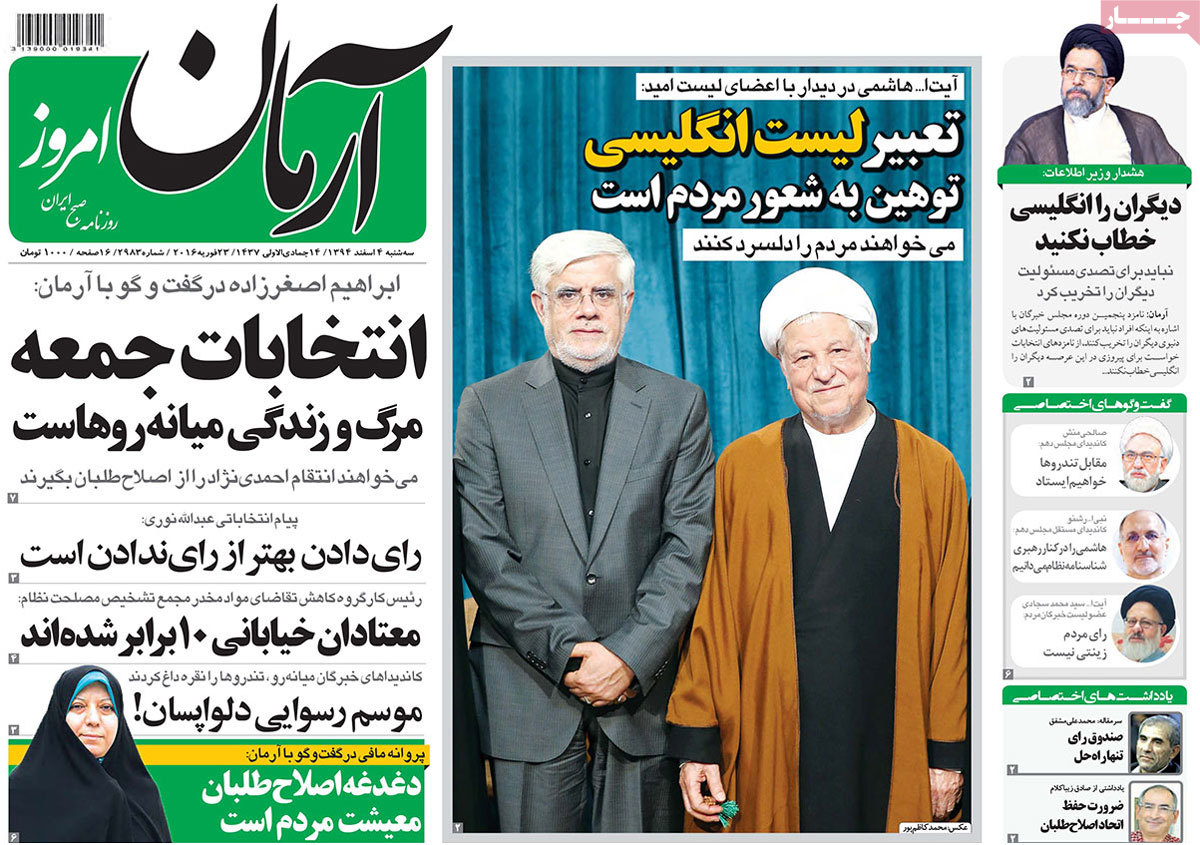 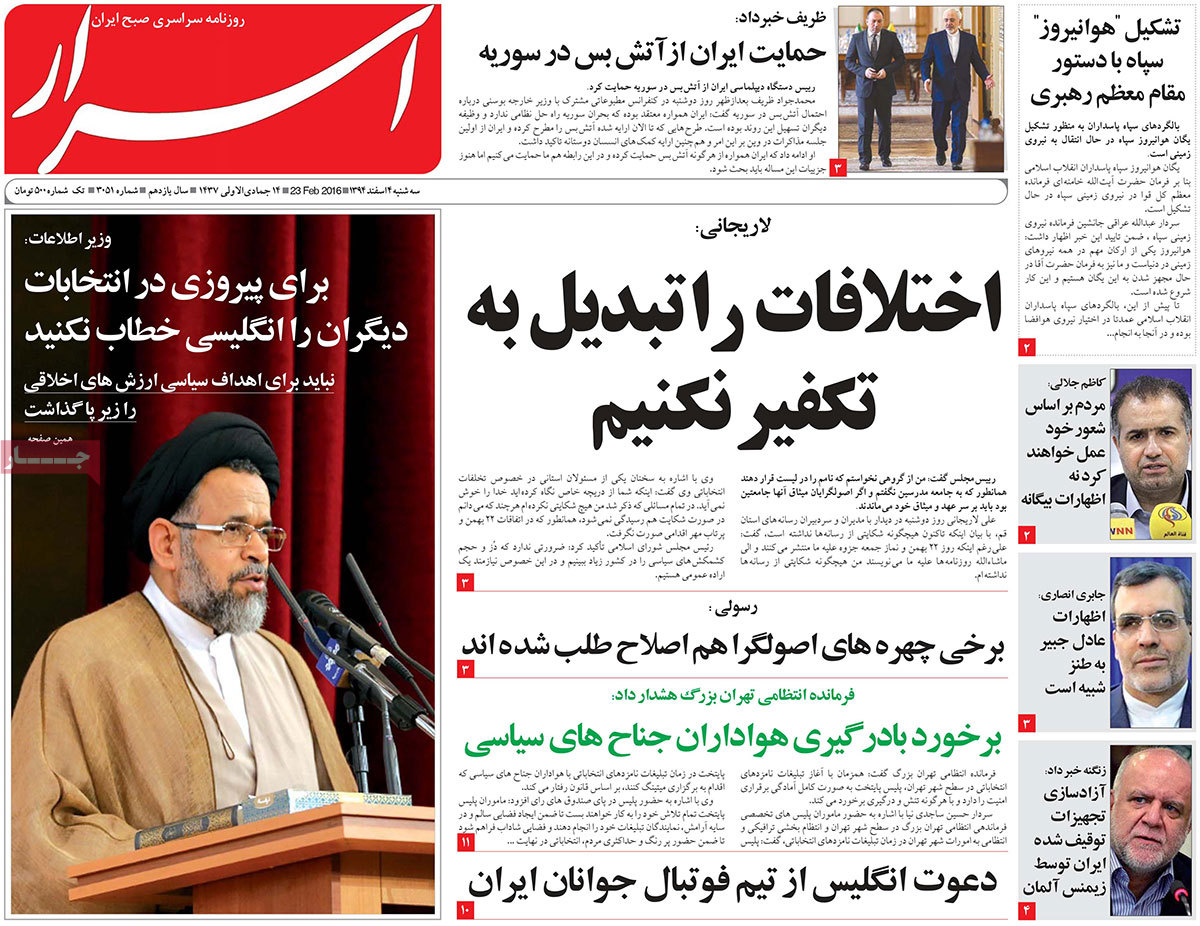 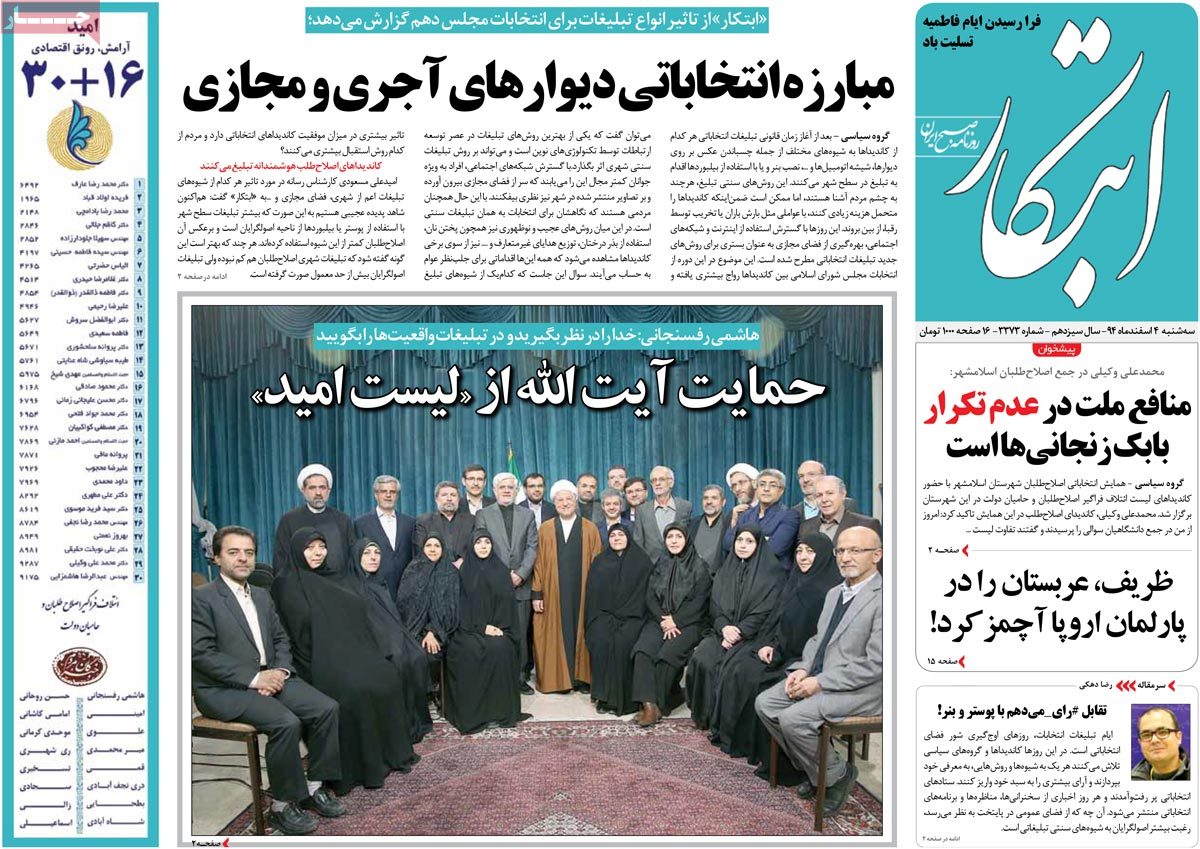 Tehran is to host the biggest international car-manufacturing meeting next week. 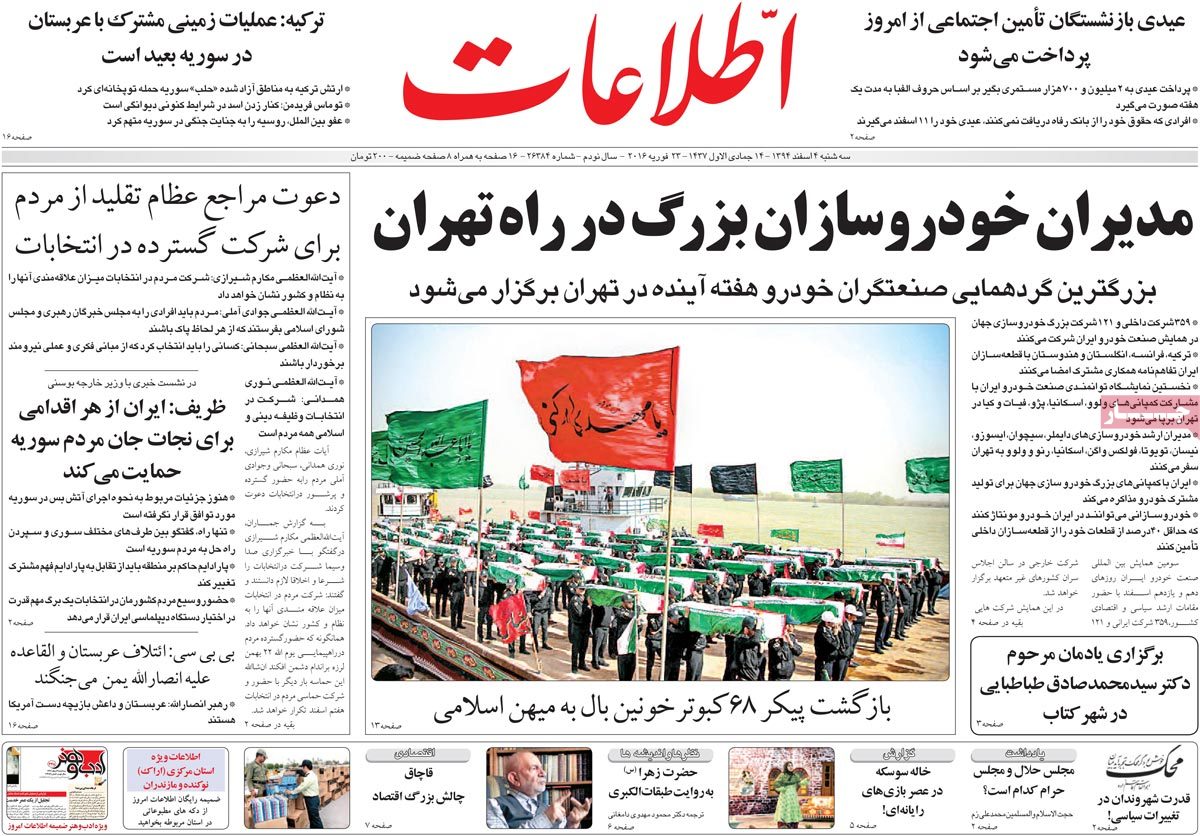 The electoral list is comprised of moderate and reformist candidates for the February 26 elections.

“Everybody to the ballot boxes” 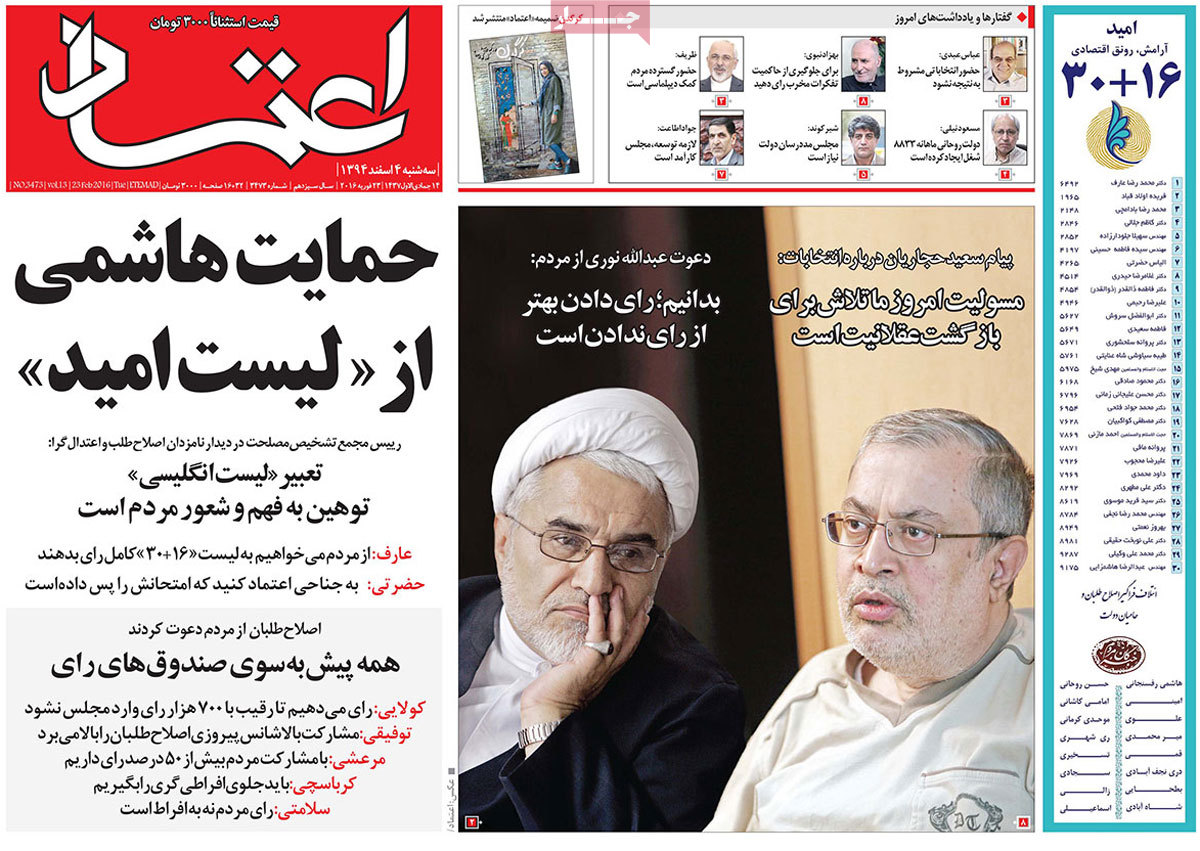 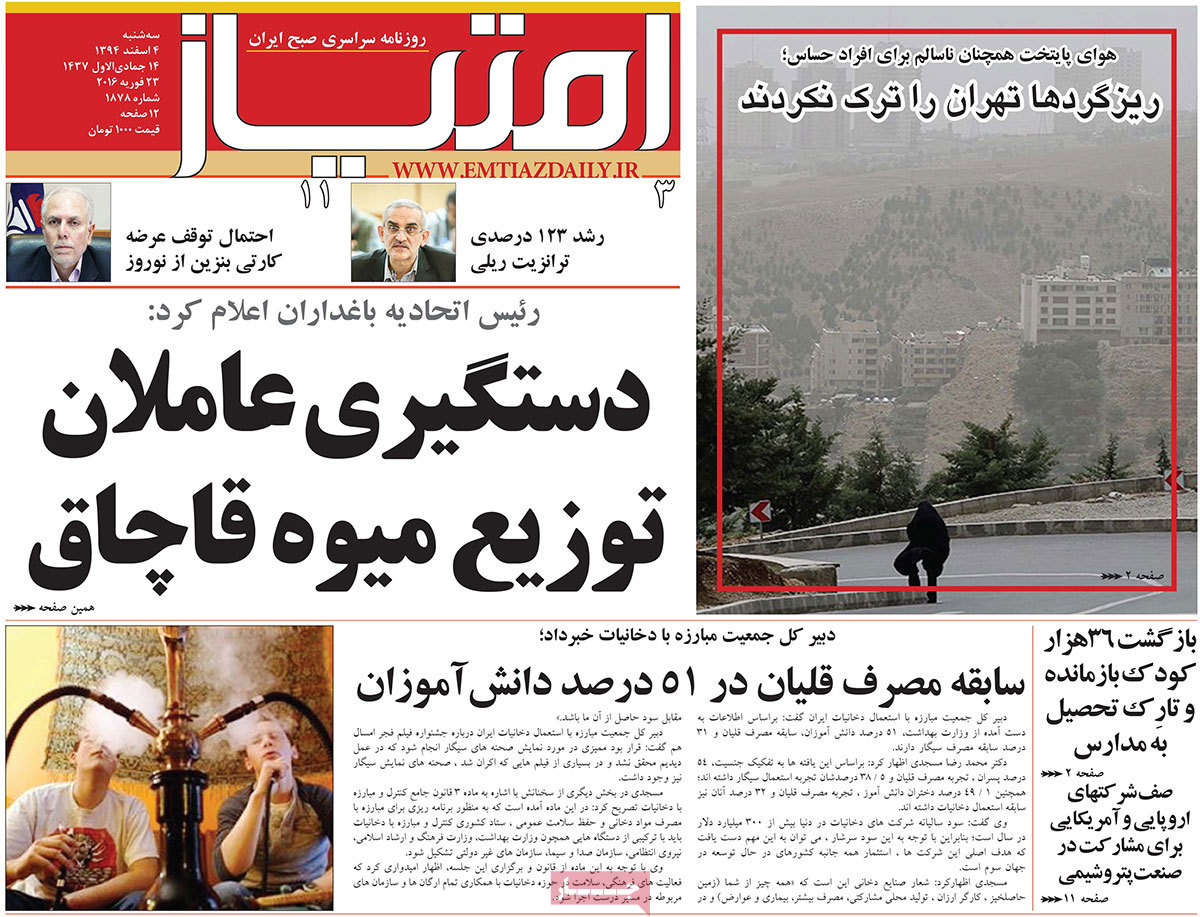 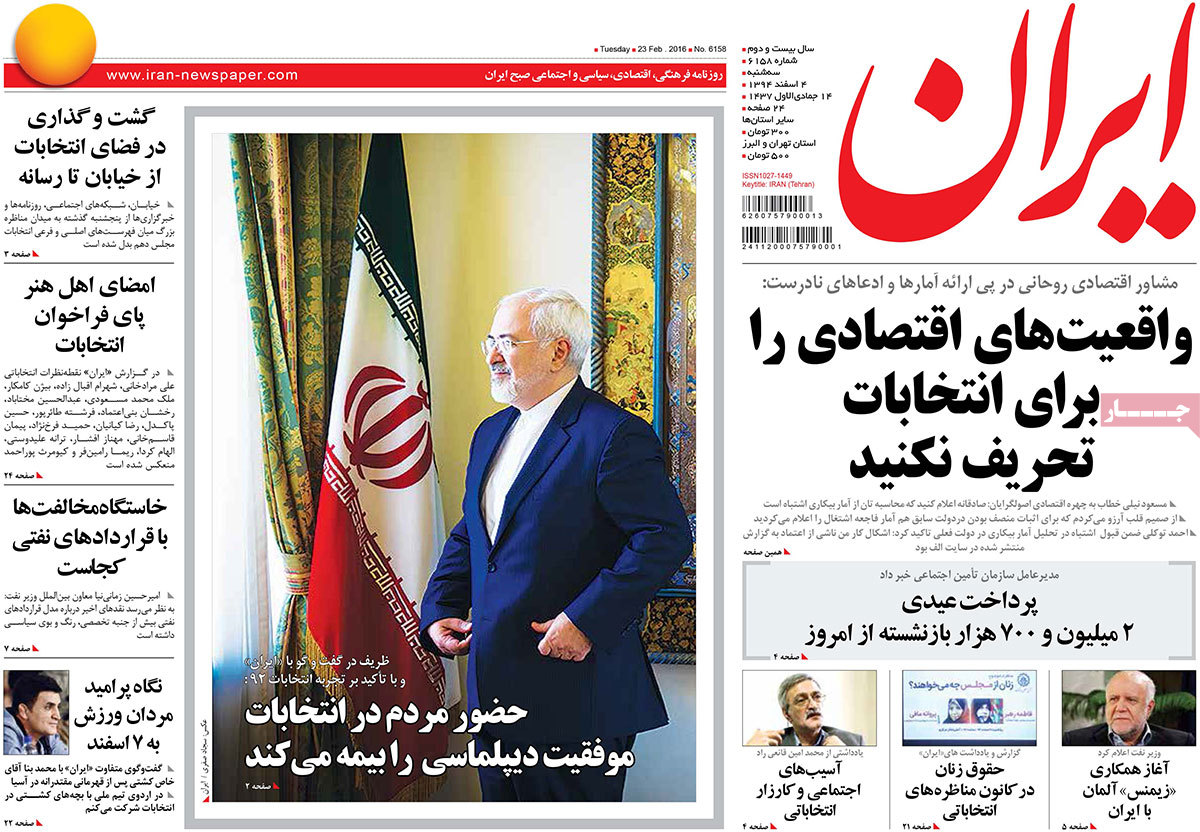 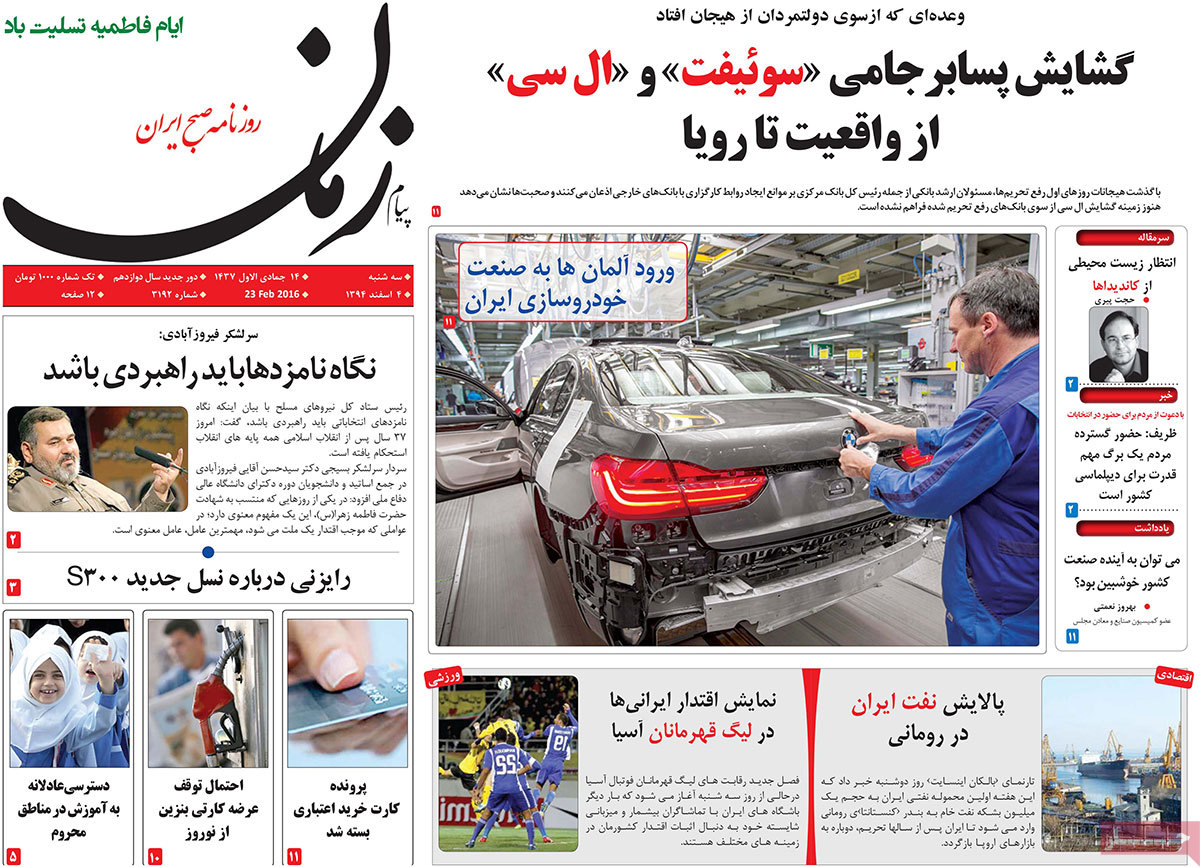 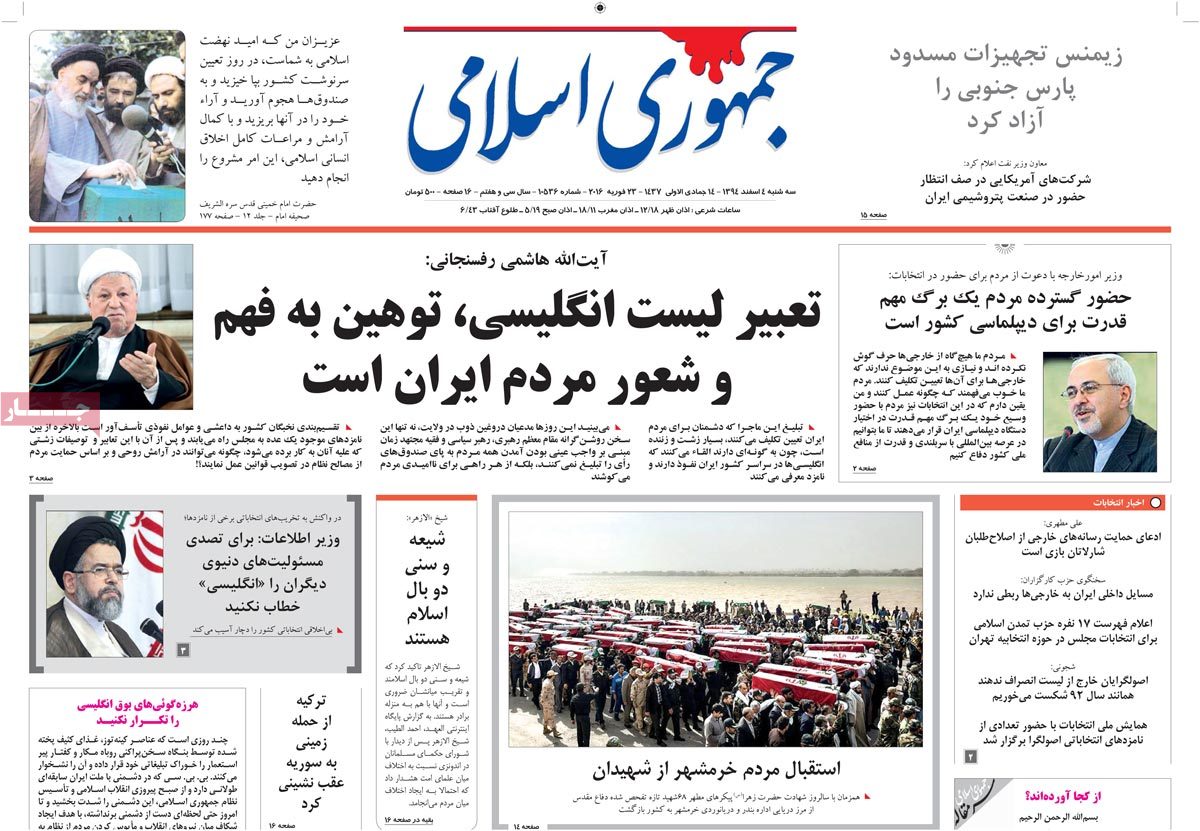 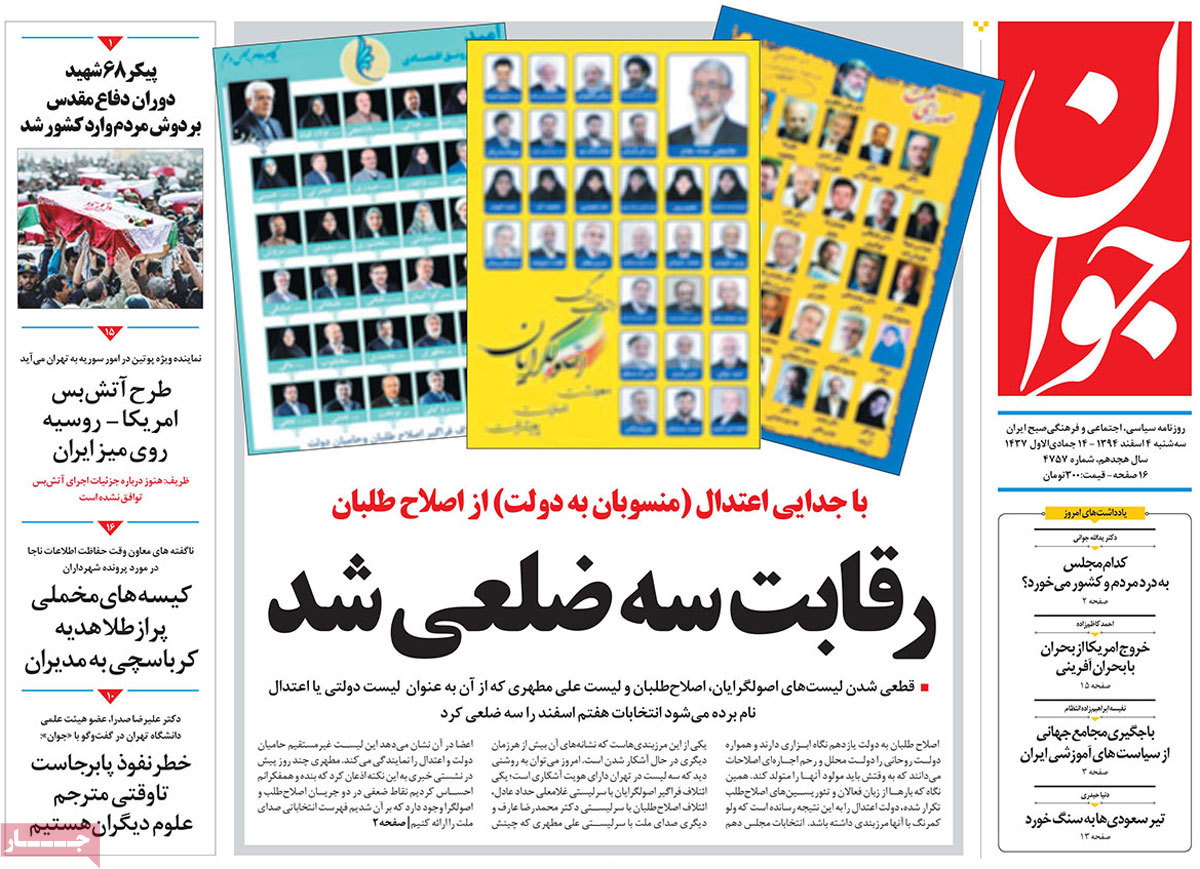 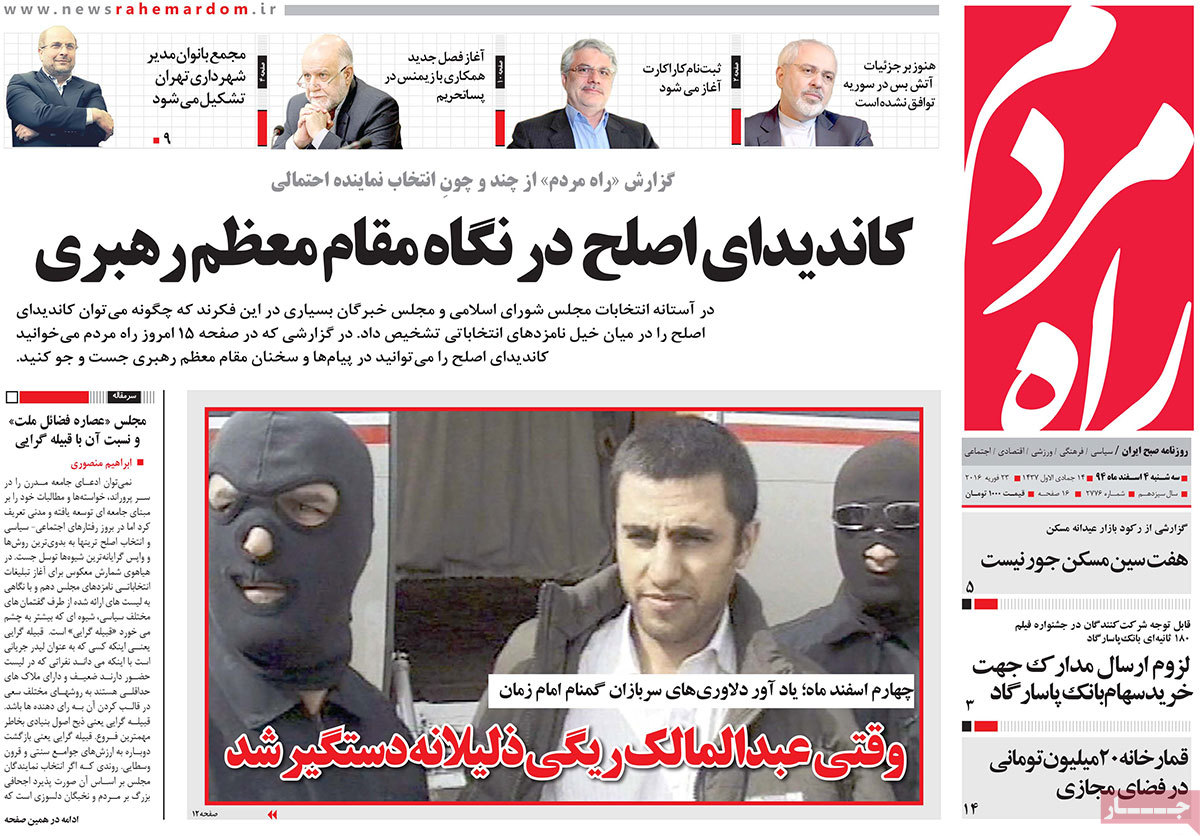 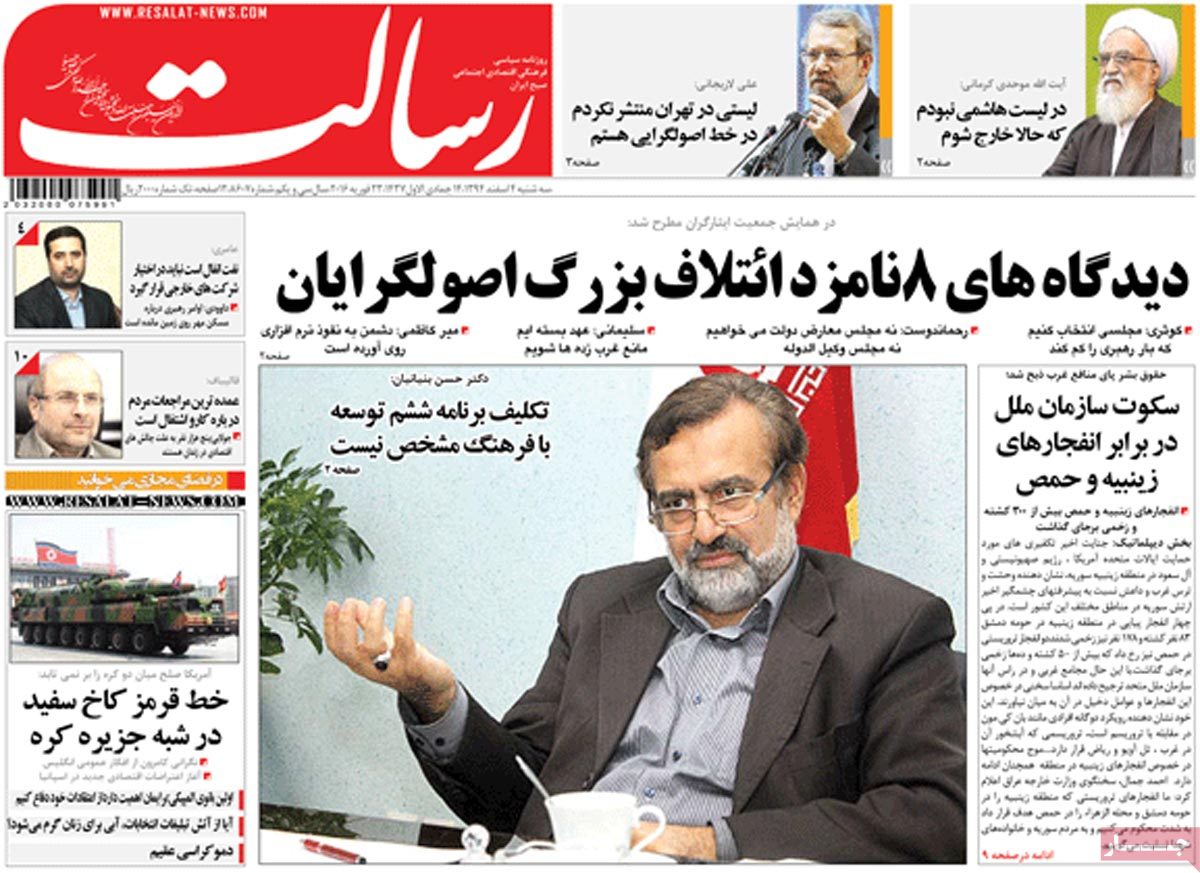 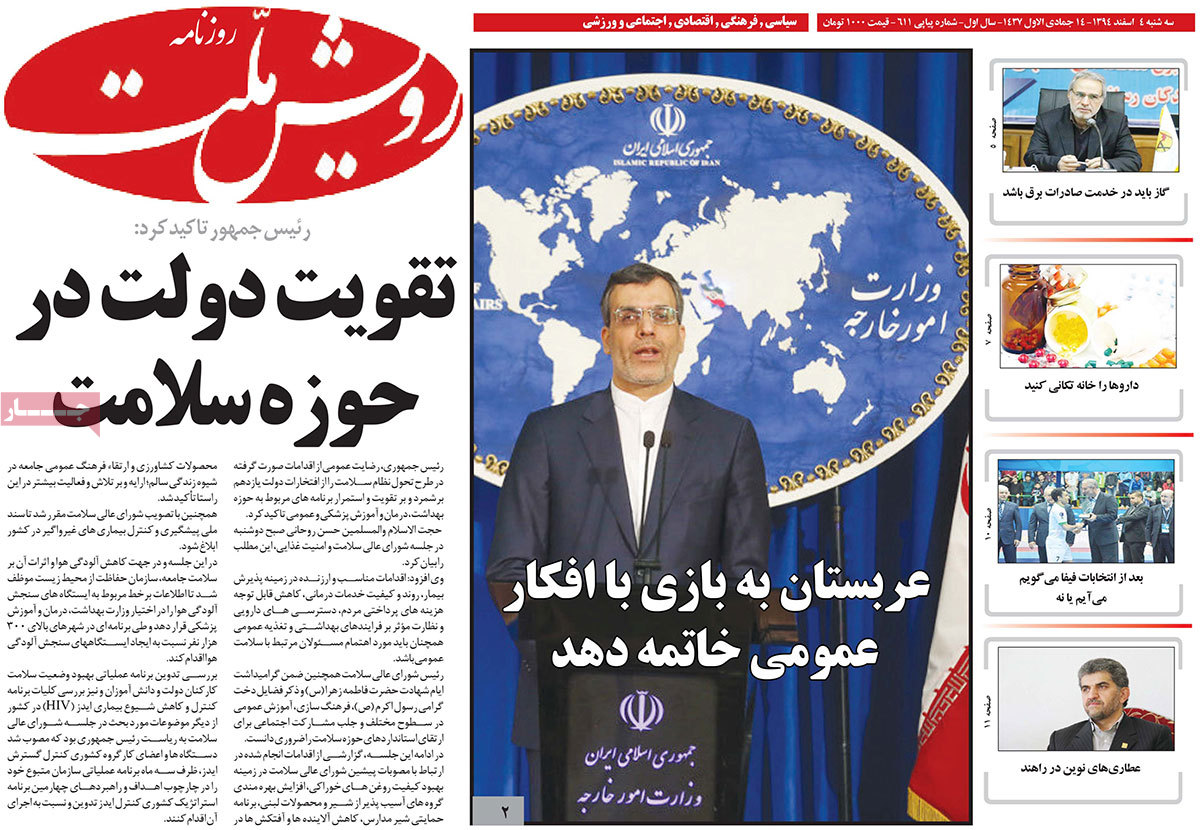 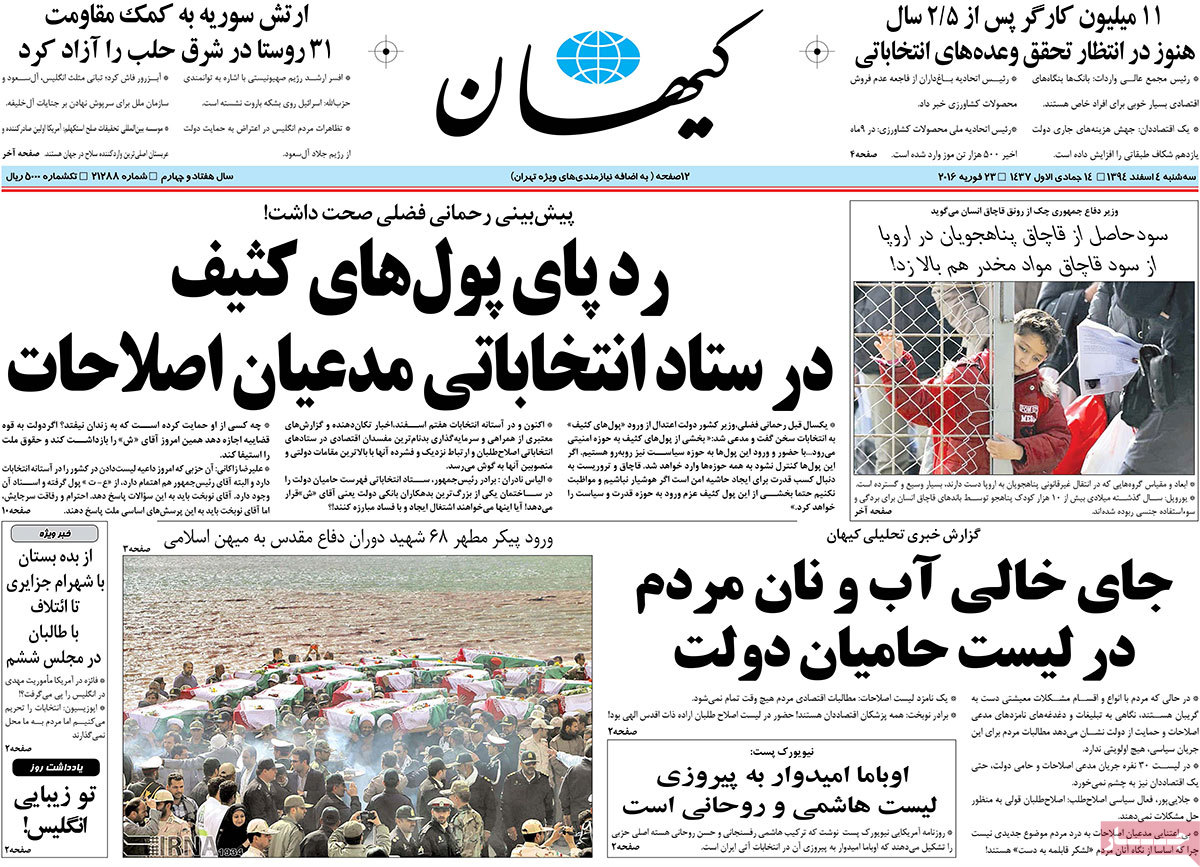