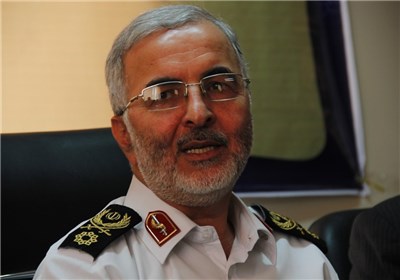 The commander told reporters on Tuesday that police will also employ 18 helicopters to guarantee security during the election time all over the country.

General Momeni had announced last week that the Law Enforcement has established a special headquarters to provide security for the upcoming parliamentary and Assembly of Experts elections.

On February 20, Interior Minister Abdolreza Rahmani Fazli said his ministry has taken whatever measure necessary to ensure the safety of the elections, noting that the Law Enforcement has been assigned the task of providing security at the polling stations.

According to the minister, some 129,000 ballot boxes will be available in 53,000 stations all over the country for the Friday polls.

The Assembly of Experts and parliamentary elections will be held simultaneously on February 26.