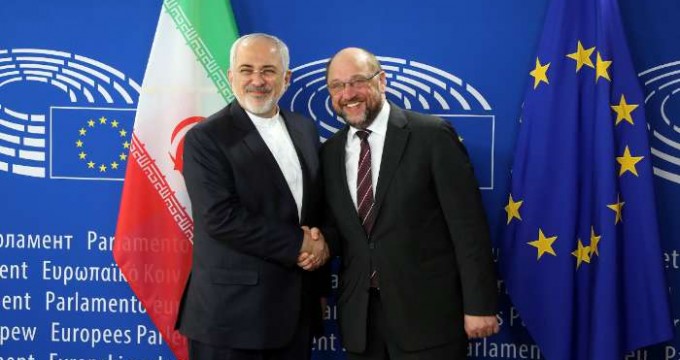 Iran in new phase of ties with Europe

TEHRAN, Feb. 17 (MNA) – Iranian Foreign Minister Mohammad Javad Zarif said Iran and Europe has entered a new phase of relations and will speed up cooperation following the implementation of JCPOA.

Zarif made the remarks in a meeting with the President of the European Parliament Martin Schulz on Tuesday, in Brussels.

Pointing to Yemen’s crisis, Zarif slammed Saudi Arabia’s miscalculations in its attacks on Yemen, which led to the strengthening of extremist and terrorist groups in the southern part of the country.

Martin Schulz, for his part, expressed concern over the developments in the region, including in Iraq, saying that Shias and Sunnis must follow a unified goal which is the fight against ISIL terrorist group.

“The major side effect of regional instability is the rapid acceleration in the influx of migrants to the European countries, Schulz said, stressing the need to manage the refugee crisis.

Pointing to Iranian FM’s visit to Brussels, Schulz welcomed the expansion of relations between Iran and the European Union.