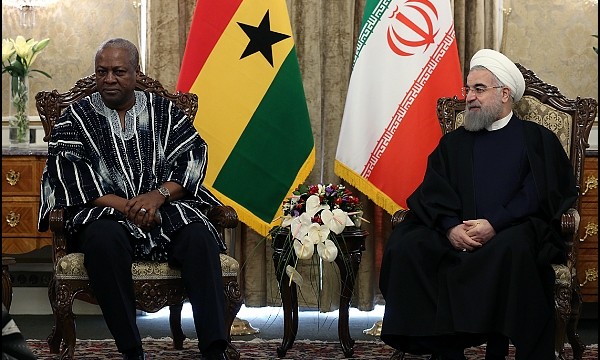 President John Dramani Mahama and his Iranian Counterpart, Hassan Rouhani, have agreed to closely collaborate in the fight against extremism and terrorism.

The two reached the agreement after holding discussions on the matter behind closed doors.

President Mahama, who is on a two day state visit to the Islamic Republic of Iran said the collaboration was necessary in the wake of the far reaching effects of extremism on the world.

Addressing a press conference after the closed door meeting, President Maham explained said “violent extremism and terrorism is a threat to the whole world and we can only defeat it if we collaborate with each other.”

“In Africa we are also affected by violent extremism, the situation in Libya is affecting the Sahelian areas of Africa; the operations of Al-Qaeda in the Maghreb, the operation of Boko Haram are all threats to our peaceful survival.”

He told the press that they “discussed the issue on two levels, on the levels of using cultural means to try and fight against extremist ideology, but at the same time sharing intelligence and working together to fight terrorism.”

He also commended Hassan Rouhani for measures they’ve put in place in the fight against terrorism.

Meanwhile, Ghana and Iran have entered into two agreements in the areas of oil and gas and petrochemical engineering.

President John Dramani Mahama during the joint press conference said the agreements are in areas where Iran holds a comparative advantage and would further strengthen the Ghana-Iran relationship.