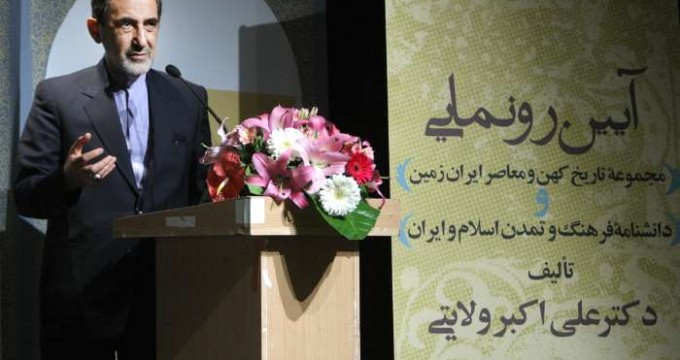 Tehran, February 15, The Iran Project – During a ceremony in Tehran, Iran unveils the first volume of the encyclopedia ‘Culture and Civilization of Iran’ entitled “Historical Knowledge and Historiography” authored by Ali Akbar Velayati.

Attended by Head of Iran’s Islamic Development Organization, Seyyed Mahdi Khamoushi, Hamid Reza Moghadam Far, Cultural-Media Adviser to IRGC and number of other high-ranking officials, the first volume of the encyclopedia ‘Culture and Civilization of Iran’ entitled “Historical Knowledge and Historiography” and 11-volume collection of the book “Ancient and Contemporary History of Iran land,” both authored by Ali Akbar Velayati were unveiled in a ceremony on Monday.

During the meeting, Khamoushi the head of Islamic Development Organization noted the efforts to prepare the three other volumes of the book “Historical Knowledge and Historiography” by the next international book fair in Tehran, saying that the books’ critique is highly welcomed since it would add to the strength of the works.

Elsewhere in this meeting, Ali Akbar Velayati the current head of Iran’s Center for Strategic Research and the author of both collections expressed gratitude for all those who contributed him to write the books, adding that no nation has served Islam as much as Iran.