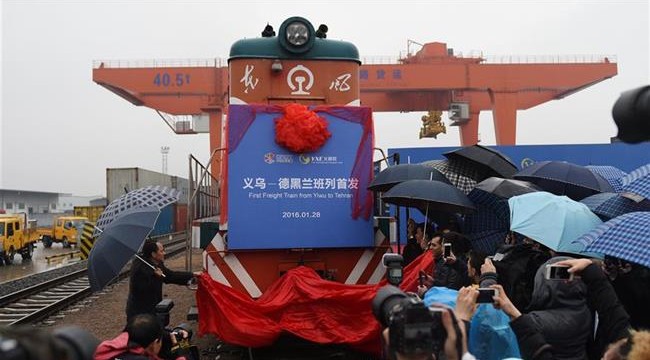 Iran is preparing to welcome the first cargo train that left China almost a fortnight ago tomorrow in capital Tehran.

Iran’s media reported on Sunday that the train has already entered the country through the northeastern Sarakhs border point.

It is carrying 32 containers each with a capacity of 40 square feet and has passed through Kazakhstan and Turkmenistan before reaching Iran.

The train left China from the trading hub of Yiwu in the northwestern province of Xinjiang on 29 January. Its trip plan is to cover a distance of about 10,000 kilometers within 14 days.

This will be part of a Chinese initiative to revive the ancient Silk Road through which traders traveled from Europe to East Asia.