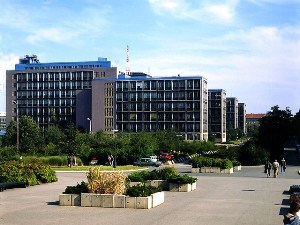 Tehran, February 13, The Iran Project – A University official says following the last visit of the German delegation, Iran and Germany will set up a joint university in Iran.

Touraj Mohammadi, the Deputy President of Iran’s University of Science and Technology made the remarks on Saturday, saying that following the last visit of German delegation, Iran and Germany will set up a joint university in Iran.

Noting the international activities of the university last year, he highlighted the new approach and policy sought by the university among which is functioning as a passage connecting Iran to German universities.

Mohammadi referred to the current mission of the university for establishing the joint university, adding the initial measures are underway to investigate the project.

“We are also seeking to set up joint universities with other countries, as well,” he underlined, adding that the preliminary steps of Iran-Germany joint project are being taken but no time has been set.

The university deputy also went on to say that the all students across the world may apply to study at this university.