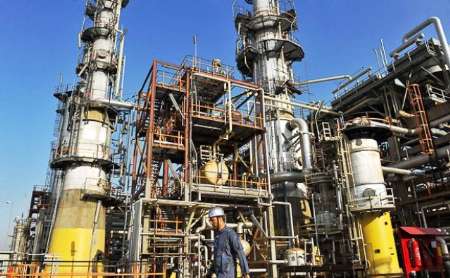 Brazil says it has started talks with Iran about a possible investment in troubled refinery projects controlled by its state-led oil company Petroleo Brasileiro SA.

Reuters on Thursday quoted a Brazilian government official as saying that the talks are still in an early stage and that they concern an ambitious scheme based on which Iran will have its crude oil processed at refineries in Brazil’s northeastern region and will then sell it in the country’s market.

“For this subject to be considered embryonic it will still need to evolve a lot,” said the source who has not been named.

Iran has shown interest in investing in the construction of the Premium I and Premium II refineries in Brazil’s northeastern states of Maranhao and Ceara, the source said. The refineries are designed to produce low-sulfur fuels.

Brazil’s oil major Petrobras – embattled by a domestic scandal as well as the impacts of falling oil prices – has suspended work on both projects which are expected to cost more than $15 billion each, Reuters added.

Iran is pursuing similar schemes in at least five other countries including Malaysia, South Africa, Sierra Leone, India and Indonesia.

This is seen as part of a policy by Iran to use overseas refineries to have its crude processed and bring back strategic products such as gasoline for domestic consumption as well as exports.

“Iran already holds a 30-percent share in construction of a refinery with a capacity of 250,000 barrels per day in Malaysia, and we are talking to buy a 40-percent share in another refinery in Indonesia with a capacity of 300,000 barrels per day,” Hamid Sharif-Razi, managing director at the National Iranian Oil Engineering and Construction Company (NIOEC), has been recently quoted by the media as saying.

Iran’s domestic consumption of gasoline stands at above 70 million liters per day. The country produces around 60 million liters and has to import the remaining volume from abroad.  Its imports were severely undermined by the US-led sanctions that were put into place from 2012 – what is believed to have motivated the country to look for ways to make its imports of gasoline immune to outside pressures through taking crude to overseas refineries for processing.