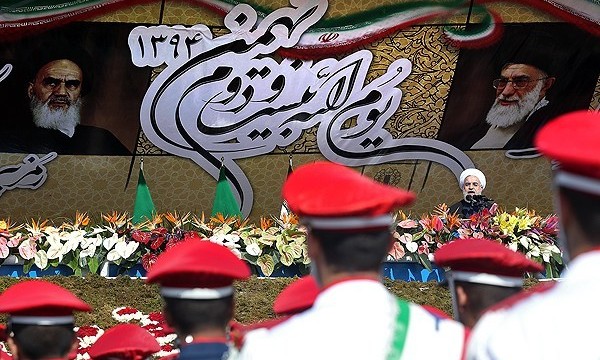 President: Iranians will vote to hope, law in Feb. 26 elections

Tehran, Feb 11, IRNA – President Hassan Rouhani said on Thursday that the Iranian nation will vote to hope, law, defending their rights and construction of the country in the upcoming national elections.

The president who was addressing a large crowd of demonstrators marking the 37th victory of the Islamic Revolution in the Iranian capital, called for large turnout of people in the elections.

He called on the nation not to turn their back to the ballot boxes.

The president said that the Islamic Revolution was an ethical and peaceful revolution which led to victory without violence.

‘There is no gap between Revolution and principles or Revolution and reform. All true fundamentalists, true reformists and true moderates are revolutionary. We need to update the discourse of the Revolution.’