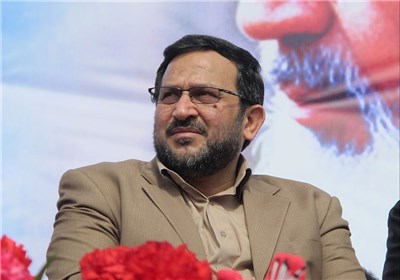 Tehran, February 10, The Iran Project – “Front-making” is a key to attain the success and progress in digital environment of media in line with the revolutions goals, announced an IRGC senior official, saying that the Supreme Leader’s remarks is the light to show us the true way in media environment and cyber space.

Hamid Reza Moghadam Far, Cultural-Media Adviser to IRGC and the supervisor of a working group responsible for disseminating Ayatollah Khamenei’s letter to the Western youth in  an interview with a reporter on Tuesday  said  “front-making” as a key to success and progress of digital media in line with the Islamic Revolution’s goals, he referred to Iran’s Supreme Leader, Ayatollah Khamenei’s comments and views as a light to show the true way in the digital environment of media and cyber space, as well.

He reiterated that while the enemy has established a vast front to combat Islamic revolution in several fronts of culture, politics, economy and society, all revolution’s loyal forces need to get together to make a jihadi move.

Moghadamfar further explained that acting within the framework of fronts essentially means being firmly synergic and connected to a commanding unit which coordinates all agents.

“The mentioned policy makes many of complicated issues easier” he said, adding that coordination and unity will remove many obstacles along the way.

The cultural-media adviser to IRGC went on to say that Ayatollah Khamenei’s comment and vision is the only essential factor in enforcing the revolutionary culture in digital media which also functions as a manifest to be followed in order to achieve the goals.