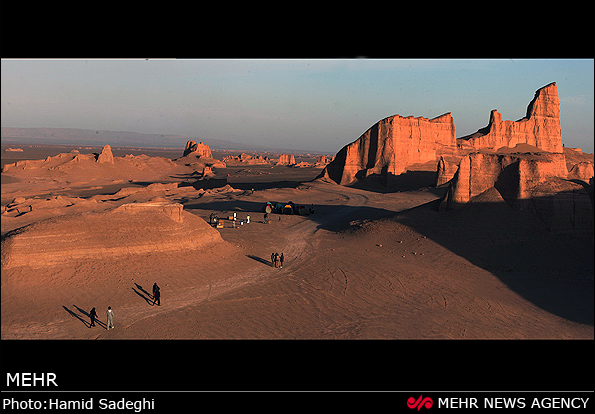 The lifting of sanctions on Iran last month has resulted in a surge of bookings, tour operators say, many from Americans undeterred by a State Department warning laying out the risks of taking trips there.

Tour operators say the demand has been so acute that they are racing to add new departures and selling them in record time.

“It’s similar to Cuba in my mind where suddenly it’s both O.K. to go there officially but also with travelers thinking this place is going to change,” said Barbara Banks, director of marketing and new trip development at the Berkeley, Calif.-based Wilderness Travel, which sold out its spring trip to Iran and is planning a fall trip focused on the saffron harvest. “They want to experience the destination before it gets watered down by lots and lots of people going.”

Tourism in Iran is already popular with Europeans. Iranian officials told The Associated Press last fall that about five million foreign travelers visited Iran in 2014, and that the country aims to attract 20 million tourists, spending $30 billion, by 2025.

Among growth signs, Air France recently announced that it plans to start three flights weekly between Paris and Tehran beginning in April. Already Iran is a one-stop destination from New York via Istanbul, Dubai or Doha on Turkish Airlines, Emirates or Qatar Airways.

Iran hosts some of the world’s oldest cultural monuments, including 19 Unesco World Heritage Sites, and its varied terrain ranges from desert locales to ski resorts.

“It’s just extraordinarily beautiful, and the sites are as magnificent as any you can find in the world,” said William O. Beeman, a professor and chairman of the anthropology department at the University of Minnesota and an expert in Iran. “Isfahan is comparable to Machu Picchu or Angkor Wat. These are major centers of civilization that have been lovingly restored.”

He plans to take 14 travelers to Iran in June on a sold-out trip organized byIran Luxury Travel, a two-year-old company in North Carolina. Steve Kutay, a former importer, founded Iran Luxury Travel in his retirement “as a good thing to do,” he said, in terms of encouraging people-to-people diplomacy (trips start at $2,995 a person, double occupancy for eight days).

“One of the biggest surprises about Iran is that they love Americans,” he said. “They hear you speak English and assume you’re British, and when they learn you’re American they want to have their picture taken with you and invite you to eat. I’ve never been so popular.”

The State Department warning, however, says that travelers should be wary, noting, “Various elements in Iran remain hostile to the United States.” Last month, Iran freed four Americans of Iranian descent, including a reporter from The Washington Post but the State Department still warns that people with both Iranian and American citizenship in particular risk detention.

Intrepid travelers are booking tours anyway. In response to an increase in inquiries, the Seattle-based Mir Corporation, which has been operating in Iran for 15 years, has added new train trips and small group departures in the country this year, for a total of about 10 different trips.

“We’d seen it for a while but as people become comfortable with Iran on the world scene, they think it may be a good time to do something they may have wanted to do for a while,” said Annie Lucas, vice president at Mir. “We feel there’s pent-up demand on the part of intrepid travelers.”

This year, Britain-based Golden Eagle Luxury Trains, which has run tours via sleeper trains in Iran since 2014, reports that Americans account for 88 percent of its passengers in Iran, compared with about 50 percent in previous years. The company has added a 2016 departure between Moscow and Tehran over 18 days in addition to its 14-day Heart of Persia tour that includes Isfahan, notable for its Islamic architecture; Shiraz, known for its gardens; and Persepolis, ancient ceremonial center of the Achaemenid Empire.

Mountain Travel Sobek has run two trips to Iran each year for the last three, and has more recently added private departures. (Those include trips for Times Journeys, which is operated independently of the New York Times newsroom.)

Some operators who waited for political clearance to go into Iran are now organizing departures. Norman Howe, president of the luxury tour operator Butterfield & Robinson, said inquiries about Iran began spiking the last few months. The company is organizing several private trips and hopes to run a small group trip in November, to be regularly scheduled come 2017.

His clients “were waiting for Iran to normalize and they want to get there before the crowds,” he said.

Where to lodge the growing numbers of travelers may pose a challenge to the country even though Iran’s PressTV reported a dozen new hotels had been built in the past two years, and AccorHotels opened two hotels in Tehran in October.

“The issue now for us as a tour operator is there aren’t enough hotels,” said Ms. Lucas of Mir, who noted that some of the hotels in areas beyond the big cities are worn out. “There’s overdemand and not enough supply.”

It is still difficult to arrange a trip. American travelers must obtain a visa before traveling to Iran, a fairly straightforward process, according to tour operators, but a slow one that can run to months, limiting spontaneous travel.

Americans in Iran must also be accompanied by a guide. Banking restrictions, which largely bar the use of credit cards and A.T.M.s, force travelers to bring cash.

In keeping with Islamic rules, women must cover their hair and dress conservatively, in loose long-sleeved tunics that go at least to the knee. Men, too, cannot wear shorts.

There are other inconveniences, Ms. Lucas said: “The infrastructure is not perfect, but it’s pretty good.The roads are decent. No alcohol can be roughing it for some people. The public bathrooms are not on par with what people would like. But the caliber of attractions and guides balance it out.”