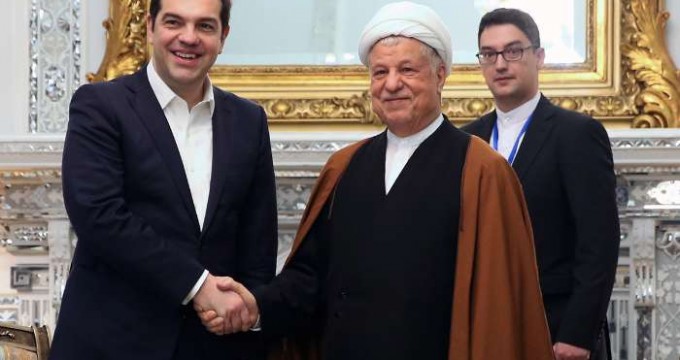 Rafsanjani: Iran observes no limits in cooperation with Europe

This new opportunity for expansion of ties with the world is a result of the successful nuclear negotiations with the six world powers, said Rafsanjani, ‘in which the Iranian side was quite serious and determined.’

‘The Iranian people and their political system have a strong will to resolve their problems with the advanced countries and the two countries’ officials can accordingly plan for a new round of comprehensive cooperation,’ he added.

The Greek prime minister, too, expressed delight to be among the first European heads of states to visit Iran in the post-JCPOA era said that the positive record of Iran-Greek relations can serve as a good platform for construction of a strong future relation.

Tsiprias also referred to the constructive talks he and his accompanying delegation had with President Hassan Rouhani, his first vice president and the Iranian cabinet members.

He hoped for very rapid outcome of those constructive talks and said incentives are needed for boosting bilateral ties, and Athens believes Iran and Greek ancient cultures and civilizations and the two nations’ shared historical memories provide those incentives.