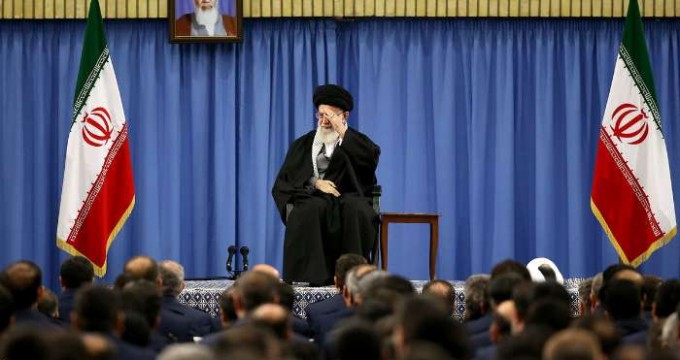 Tehran, Feb 8, IRNA – The Supreme Leader of the Islamic Revolution Ayatollah Seyyed Ali Khamenei said on Monday that large turnout of people in the upcoming elections will increase the country and system’s glory and power and will neutralize enemy plots.

Commander-in-Chief of the Armed Forces Ayatollah Khamenei made the remarks in a meeting with the commanders and staff of the Army Air Force on the occasion of Air Force Day.

Governmental officials should care not to forget the major issues of the country including the economy as the result of being involved in the electoral campaigns and journalistic issues, he added.

Ayatollah Khamenei urged all people from all walks of life to vote adding that large turnout of people in the upcoming elections will increase the country and system’s glory and power and will neutralize enemies plots.

From the first days of the revolution till today, world powers have been defeated in their bid to confront the Islamic Republic, he said.

The Leader urged boosting the country’s economic power from inside and said that most of the country’s problems including unemployment, recession and inflation can be resolved by using internal capacities.

He urged use of resources in fields of production instead of import, adding that country’s economy should become strengthened in a way that enemies not be able to manipulate the economic issues for imposing their will.