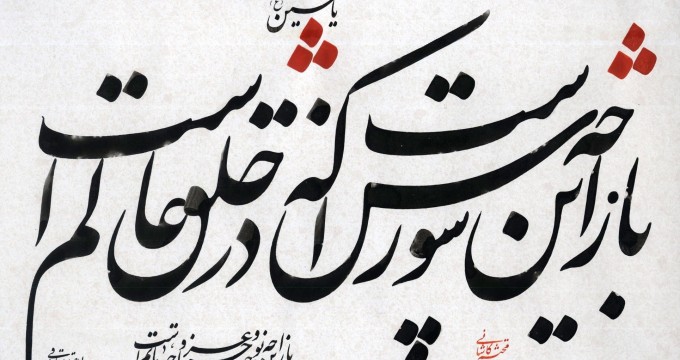 Persian script of Nastaliq to be registered at UNESCO

Tehran, February 7, The Iran Project – The head of Iran’s Association of Calligraphers says following the usual preliminary steps for registration of Nastaliq, this style of Persian script is now on the verge of being inscribed on UNESCO Intangible Cultural Heritage list.

Javad Bakhtiari, the head of Iran’s Association of Calligraphers made the remarks on Saturday during the expert meeting on the review of calligraphy in Qajar historical era. He noted the efforts to have the Persian Nata’liq script inscribed on UNESCO list of cultural heritage, saying that following taking the initial regular steps, the script is currently on the verge of registration.

He highlighted the efforts made by Turkey to register Nastaliq on UNESCO list, warning that any hesitation in this relation would lead to loss of this opportunity for the country.

Referring to Nastaliq as the part of the Iranians’ identity, Bakhtiari underlined the significance attached to the global registration of this genuine Iranian art for the country.