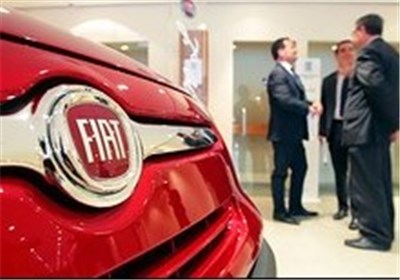 TEHRAN, Feb. 07 (MNA) – Iran-Italy chamber president has said a joint company will be formed between IKCO and Fiat stressing that the Italian firm can rival Peugeot and Volkswagen.

Iran-Italy Joint Chamber of Commerce’s Chairman Ahmad Pourfallah described details of further cooperation between Iran Khodro Industrial Group (IKCO) and Italy’s Fiat saying “no deal has been sealed yet but the talks have has satisfactory progress which will hopefully result in good collaboration between the two carmakers.”

“On the basis of the conducted negotiations, it has been stipulated that Fiat’s new cars will be produced in Iran and deployed to the regional countries; accordingly, joint production rather than import has been put on the agenda,” added the official.

He further asserted that “new models of Fiat cars will be jointly manufactured in Iran and collaborative Iranian-Italian firms will be established with shared investments on the part of the two sides.”

“It has been agreed that Fiat will be in charge of transferring knowledge and information to Iran while Iran will supply human forces and energy, however the amount of investment is still under negotiation,” continued Iran-Italy chamber president.

The official went on to add that Fiat has made great advancements in the areas of car manufacturing to the extent that the Italian automaker now possesses an array of economy cars which can be rivals to France’s Peugeot and Germany’s Volkswagen in terms of price.

Pourfallah reiterated that “Fiat offers a versatile price range offering 500cc and higher cars which remain economical with regard to fuel consumption.”