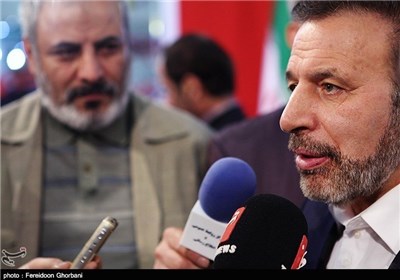 Speaking to journalists on Sunday in Tehran, Minister Vaezi said the plan is to have the data center run privately.

He added, “The government plans to build several other private data centers in cooperation with China in the coming years.”

Iran and China have already signed a joint statement on developing “comprehensive strategic partnership,” which includes improving defense and space cooperation as well as economic activities.

President Hassan Rouhani and Chinese President Xi Jinping announced a 20-point roadmap for expanding relations called the “Joint Statement on Comprehensive Strategic Partnership” during a meeting on January 23 in Tehran.

The statement emphasizes developing bilateral relations in the economic, defense, and political realms, and expanding cooperation in areas such as transportation, energy, and space over a 25-year period.

The statement also affirms the two sides’ “readiness” to enhance cooperation on “major regional issues, including developments in Syria and Yemen.”

Rouhani pledged that trade between the two countries will increase to $600 billion in the next decade.

Supreme Leader Ayatollah Ali Khamenei lauded China as a viable alternative partner to the West, which he stated “has never won” Iran’s trust.