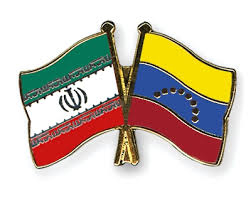 He made the statement following a meeting here on Wednesday with the visiting Venezuelan Oil Minister Eulogio del Pino during which they discussed latest developments in the global crude oil market.

“We held positive talks about Tehran-Caracas relations after removal of sanctions,” Zangeneh said, adding that bilateral ties were discussed besides OPEC, international oil markets and cooperation of OPEC and non-OPEC members.

The Iranian minister said his Venezuelan counterpart who arrived in Tehran from Moscow is scheduled to visit Doha and Riyadh for further negotiations.

“Iran has agreed to take part in the meeting and Russia has already announced its agreement,” del Pino said.

Saying that current crude oil prices are very low and that a balance between production and stability in the market is needed, he urged OPEC members to take up their historical responsibility in this regard.

He also welcomed removal of sanctions against Iran and hoped that in the post-sanctions era, Tehran and Caracas will continue the cooperation they used to have under the sanctions.

Venezuela has called for convention of an emergency meeting of oil producers while some countries suggest reaching a consensus on their views prior to the meeting saying it can otherwise negatively affect the market.