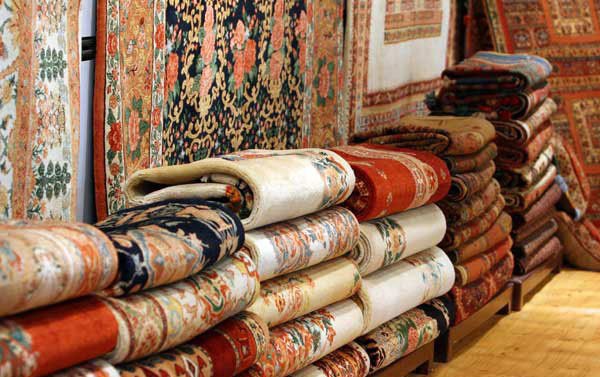 The call came in to the rug store at 10:30 on Wednesday morning: After five days in U.S. customs, the shop’s first batch of carpets imported from Iran were ready for pickup.

Store owner Alex Helmi quickly gathered his employees and told them to drive to the airport to pick up the shipment: 40 handmade rugs valued at about $500,000.

“I wanted to cry,” Helmi said.

A 2010 embargo on Iranian-made rugs has meant tough times for sellers such as Helmi, who found his carpets caught up in a clash of geopolitics and nuclear brinkmanship. Last summer’s landmark international nuclear agreement, however, paved the way for importing rugs once again in what was once Iran’s largest foreign market.

Iranian and U.S. officials announced last month in Vienna that Iran had complied with the terms of the deal to dismantle its nuclear program and that the sanctions that have crippled the nation’s economy would be lifted. The move granted the Iranian government access to more than $50 billion in frozen assets and oil revenue. 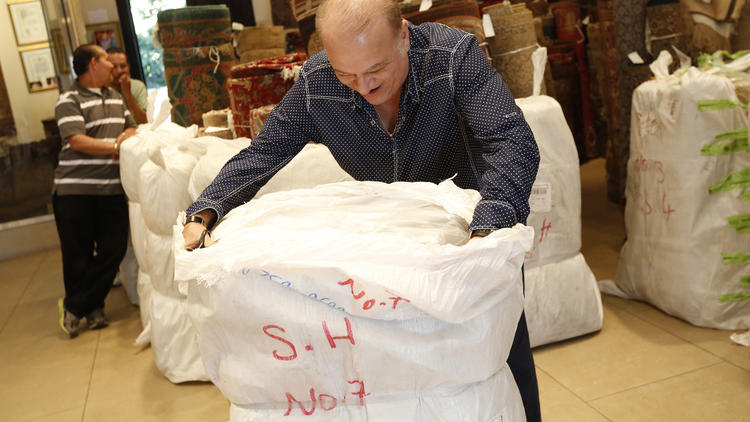 “I wanted to cry,” said Alex Helmi, after receiving his first shipment of Persian rugs since the embargo on Iran was lifted. (Barbara Davidson / Los Angeles Times)

It also allowed some exceptions to trade embargoes against Iran, including rugs.

“Today is a very special day,” Helmi said, fawning over the multicolored additions to his collection. “It’s a shame to not let this art come to the United States. Art never has borders.”

Apart from oil, Persian carpets were the product that suffered most from the sanctions. Experts say that before the embargo, the U.S. accounted for one-fifth of Iran’s carpet exports.

Included in Helmi’s shipment were 13 large rugs, some of them more than 100 years old. Most of them are made of pure silk, he said, though some are a mix of silk and gold-plated thread.

The rug dealer has been waiting for the shipment for nearly six months. When the deal was announced last summer, he called weavers in Iran and told them he wanted to import their carpets the moment sanctions were lifted.

Helmi said he hopes the end of the ban will lead to better relations between Iranians and Americans.

“The people who wove these rugs 100 years ago have nothing to do with politics,” he said.

Customers have been waiting for new rugs from Iran for months, Helmi said, asking for specific colors and sizes. Many of them plan on checking out the new rugs this week, he said.

“Finally,” he said, “the doors have opened up.”