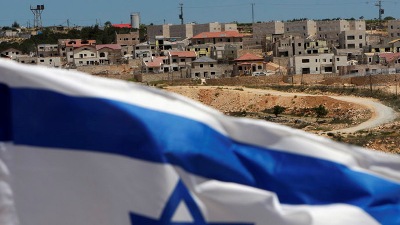 Israeli regime tools to penetrate to other countries

Alwaght- In today’s world, economy and weapons represent power in international relations and are essential components of growing influence on other countries. Weaknesses in each of these factors can affect the way a country pursues its goals in other countries.

Jeff Halpr, a political activist with a US-Israeli nationality, in his recent work, “War against the People: Israel, the Palestinians and Global Pacification”, discusses the reasons for penetration and influence of the Israel regime on different countries from China to western countries.
He traces the Israeli arms transactions to find the roots of the apparent impunity of the Israeli regime, he believes that the Israeli regime has been using its weapons and military capabilities to exercise influence over policies of the countries.

Halper believes, although many countries are against the Israeli occupation, virtually they support Israel unconditionally. The reason for this behavior, in Jeff Halpr’s view is the economic power and political influence of the Israeli regime. He goes on to resolve the ambiguity that has arisen on the subject of Israel and the Palestinians, and concludes: ‘what I have discovered, are military, security and surveillance elements. What makes up for everything is the reward that Israel gives to leading political, economic and military figures across the world.

This might seem an exaggeration when Jeff Halpr says: ‘You can rely on Israel to stay in power’. Nevertheless, what we see in the political and international scene is the fact that despite the severe criticism by western and eastern leaders about the occupation, massacre and many other crimes committed against the people in different parts of Palestine, including Gaza and the West Bank, the Israeli regime continues its own way without any worries.

Jeff Halpr, under the capitalism, argues that every country that has developed relations with Israel fills the gaps in its political, military and security strategies, but Israel exactly identifies those gaps. Israel knows very well the needs of the Europe, US, China, and India. Accordingly, the strategies of Israel are based on the ways to meet those needs.

The author added, what you currently see, is the turn of wars from battle of states (e.g. World War I and II) to civil wars, i.e., the war of people against people.

These wars led to the refinement and population control. In fact, there is actually a battle of classes. To understand the current conflicts and wars, we should analyze them in light of the global capitalist system. The world capitalist system is experiencing severe crises: global warming, the need for scarce resources such as fresh water, etc.

In fact, the capitalist system has reached a dead end and it has to find a way out.

Many capitalist enterprises have announced that two-third of humanity are excessive! Why? Because they are neither producers nor able to be educated stratum of society, and their greatest sin is that they never will be good consumers. The main question of capitalism is, how we can extract the resources that this two-third of humanity have sat on, and do not let them in to this global system; how can we keep consumerism high in the North and control the South of the world at the same time, while the flood of migration from southern to northern part has been growing?

Accordingly, the relationship between the Israeli regime and Palestine is a small picture of the larger world. Explaining the globalization of the Palestinians, Halpr suggests the wars that are being fought in different areas, are not the wars that require the use of F-35 jets; they are going to create conflict among the people. In such circumstances, the Israeli regime would be useful.

Israel has weapons, it can plan tactics, and it has security monitoring system that has to do with modern repressive wars under capitalism rather than the wars staged by Pentagon!

It is noteworthy that Israel is the second largest arms supplier of China, while China is the main competitor of the US. To establish close relations with the hegemonic powers has given immunity to Israeli regime. Israel can strongly influence each of the member states in BRICS, MINT. The Israeli security policies have also violated the ideological boundaries, for instance in relations between Israel and Saudi Arabia, or in relations between Israel and Qatar.