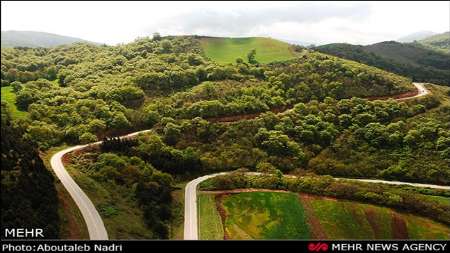 Tehran, Feb 2, IRNA – Seven years have elapsed since Iran and Azerbaijan decided to launch a joint initiative to register the ancient Hyrcania Forests on the UNESCO World Heritage List.

Azerbaijan initially sought to register Hyrcania Forests on UNESCO list under its own name. Its request, however, was turned down by the global body, as Iran is home to the largest section of the ancient forest, Tehran based English newspaper, Iran Daily, reported.

After years of intense efforts, the Iranian side decided to select certain sections of the Hyrcania Forests for registration on the UNSECO list. It appears that more has to be done to complete and submit the dossier to the international organization.

Iran Daily conducted an interview with Morteza Sharifi, a member of High Council of Forests, Range and Watershed Management Organization to learn more about the Hyrcania Forests and the process of registration.

‘Located along the Iran-Azerbaijan border on the southern and southwestern coasts of the Caspian Sea, Hyrcania Forests spread over 55,000 square kilometers,’ he said.

According to Sharifi, although there are ample evidence to show that Hyrcania Forests date back to more than 25 million years, UNESCO has declared that the forests are two million years old.

Sharifi said, UNESCO has called on both sides to get rid of the shortcomings in the dossier and submit it to the organization at the earliest. Azerbaijan, for instance, has been urged by UNESCO to keep 5,000 grazing livestock off the Hyrcania Forests.

‘In the initial phase, Iranian experts selected National Golestan Forest, Central Alborz Forests, Talesh Forest, Abr Forest, and Arasbaran Forest. After gathering certain basic evidences, they decided to submit dossier of Arasbaran Forest to UNESCO, which means Arasbaran Forest has to compete with the Azerbaijani side of the Hyrcania Forests to win the case,’ Sharifi said.

‘I hope those in charge of the drawing up the dossier would revise their decision sooner to increase Iran’s chance for registration,’ he added.

Sharifi reiterated that in addition to illegal trade in forest resources conducted by profiteers, many local people rely on woods for use as a source of energy. Environmental lovers suggested a scheme titled ‘Breathing of Forests’ years ago to protect the forests and prevent the loss of natural resources. However, such old schemes are not helpful. We need modern projects to both supply the fuel for local communities and save the forest.

‘Iran needs to turn to new methods to fight poachers and those involved in illegal logging as well, he added.

‘As you know, large parts of Iran have in recent years been affected by drought. Shafaroud Dam aims to provide 50,000 residents with drinking water in Gilan Province. However, if completed, the dam will destroy 400,000 hectares of Hyrcania Forests. The project has been halted after a number of officials opposed the plan. They said the figure must be brought down from 400,000 to only 90 hectares. Otherwise, no further construction will be allowed,’ he noted.

‘It could not be denied that lack of lands to dump garbage is a major environmental problem in the northern provinces. Garbage has been recognized as ‘dirty gold’ in the world. About 70 percent of the wastes can potentially be converted to fertilizers in Iran. However, they are disposed of.
Incineration plants will be increased in Iran to reduce the impacts of garbage on the Nature,’ he added.

Sharifi concluded that according to global standards, one ranger is needed for each hectare of the forest. Currently, the number of Iranian rangers is one-tenth the global figure. Shortage of workforce has imposed irreparable damages to the environment including expansion of wildfires, loss of some species and increase in illegal logging.