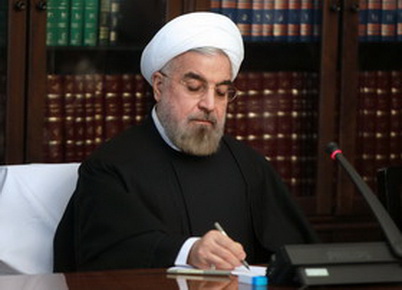 In a message issued on the death of General Salimi, President Rouhani praised the invaluable services rendered by the general who was ailing and suffering from a serious disease.

He also condoled the death of this truthful colleague to his respected family, relatives, and colleagues in the armed services.

Major General Salimi passed away at the age of 78 in Tehran after a long period of illness on Jan 30.

The top general was born in the holy city of Mashhad in 1937.

The top general played a key role in several battles during the 1980-88 Iraqi-imposed war against Iran, including the liberation of Sousangerd city in Southern Iran for which he received Nasr (Victory) Medal for his bravery from the Leader of the Islamic Revolution.