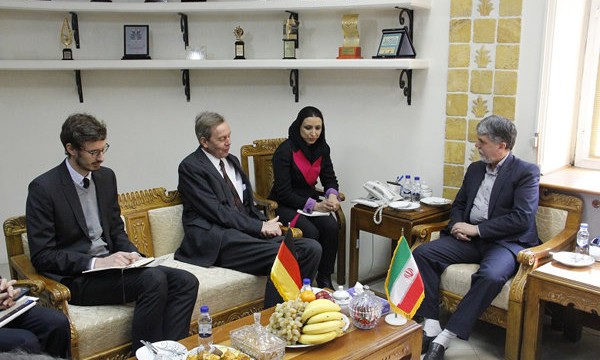 Germany is likely to be TIBF’s special guest: Official

Tehran, February 1, The Iran Project – Head of Tehran’s international book fair says Germany is likely to be the special guest of the TIBF, referring to the development of cultural relations between Iran and Germany in the last two years.

In a meeting with the German ambassador to Tehran Michael von Ungern-Sternberg on Monday, deputy Culture Minister for Cultural Affairs Seyyed Abbas Salehi who is also the head of Tehran’s international book fair said that Germany is likely to be the special guest of the TIBF.

Salehi expressed satisfaction with the development of Iran-Germany’s cultural relations, saying that active participation of German publishers at Tehran’s book fair and facilitating Iranian publishers’ presence in Germany’s book fairs can help to develop these relations.

Referring to World Book’s Award that was held in Iran, the cultural official said that the award evaluated published books in the field of Islam and Iran in other countries and a Germany book is among this year’s winners.

He went on to say that German Foreign Minister’s visit to Iran in the next few days can develop the two countries’ relations, especially in the cultural section.