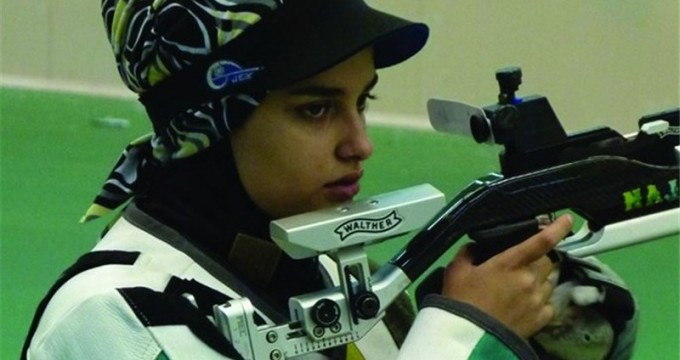 She battled for the whole match with her two Indian opponents, Ayonika Paul and Pooja Ghatkar, claiming the lead only after her 18th shot, when Ghatkar hit a disappointing 8.8 and slipped from the 1st to the 3rd place, sealing her performance with 184.5 final points and with the Bronze medal.

In the last series, then, Ayonika Paul closed the gap with Khedmati, tying their scores at 205.9 and forcing a tie-breaking shoot-off for the 1st place.

There, the Indian shooter only marked a 9.9, while Khedmati hit a 10.1, finally claiming the Gold medal. The first one for the Islamic Republic of Iran in this competition.