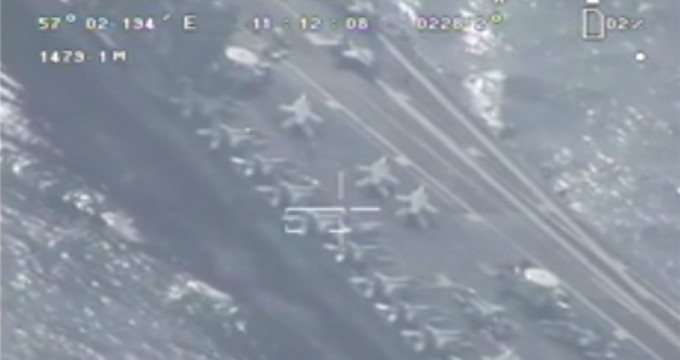 TEHRAN (Tasnim) – Iranian Navy has taken close-up films of an American aircraft carrier using a drone and a submarine.

The Iranian drone was flown over the US warship and took the close-up shot of the aircraft carrier’s deck during an ongoing military drill by Iranian naval forces in southeastern Iran.

The films were shot during the “Velayat 94” massive war games whose main stage kicked off on Wednesday morning in the country’s southeastern waters, stretching over an area from east of the strategic Strait of Hormuz to the northern parts of the Indian Ocean.

The naval drills cover an area of around 3 million square kilometers, down to the 10-degrees latitude, north of the Indian Ocean.