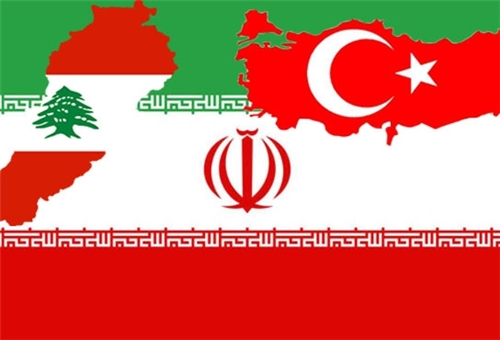 Turkey is pitching a series of plans to attract more tourists from Iran as the number of visitors from Russia and Europe is shrinking.

Turkey’s big earner tourism has taken a serious hit from the country’s diplomatic spat with Russia and a terrorist attack in Istanbul which left 10 German tourists dead earlier this month.

Germans and Russians make up the biggest number of tourists travelling to Turkey, while Iranians come between the five highest ranked visitors to the country.

According to data provided by the Turkish Tourism Ministry, the number of foreign people visiting Turkey fell 1.3% in the first 11 months of 2015 against the same period in 2014, with the exception of Iranians whose numbers grew.

Turkey hosted around 1.9 million tourists from Iran in 2010. According to Bayindir, Iranian tourists are among the top shopping groups in his country.

“One of the largest sources of foreign tourists for Turkey is Iran. With the lifting of the sanctions against Iran we’ll see normalization in many sectors, including the tourism sector. We expect positive yields in the sector,” he said.

Tourism revenue is important for Turkey, accounting for around 4.5% of its $800 billion economy and playing a crucial role in closing the current multi-billion-dollar account deficit.

Moscow’s sanctions against Ankara over the downing of a Russian jet by Turkey are affecting various sectors of the Turkish economy, including tourism, construction companies and food exports.

According to Turkish economist Erhan Aslanoglu, Ankara risks losing $3.5 billion annually as a result of the sharp decline in Russian tourist numbers.

Turkish tourism authorities are reportedly rushing through a raft of measures to overcome losses, with Iran being a key country to focus on, said a TUROB statement released on Monday and quoted by local media.

They have planned an extensive promotional campaign to lure more Iranian tourists to the country, it said.

TUROB will be hosting 50 travel agencies and tour operators from seven Iranian cities, including Tehran, Isfahan and Tabriz, over the week to present them leading touristic spots in Istanbul, it said.

The group is looking to Nowruz, the Iranian festival of spring, which is traditionally a high season for travel and leisure in the Persian calendar.

Iran, however, has its own tourism plans, with the country being billed as the most lucrative hospitality development market.

Russian visitors are on radar as the two countries are working to ease visa rules.

On Monday, Russian Foreign Ministry said an agreement to simplify visa procedures between the two allies will come into effect on February 6.

The agreement, signed during President Vladimir Putin’s visit to Tehran in November, will help strengthen Russian-Iranian ties on all directions of partnership, the ministry said.