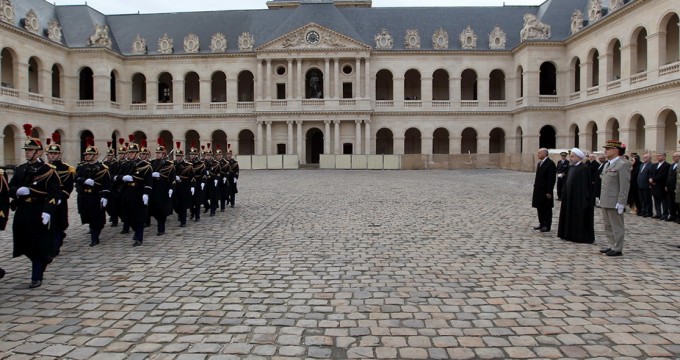 Rouhani is set to be officially welcomed by his French counterpart François Hollande in Elysée Palacein Paris within hours.

The Iranian president arrived in the French capital from Italy on Wednesday afternoon as the second and last leg of his European tour.

Rouhani’s visit to France was due to an official invitation from President Francois Holland.

Rouhani is due to attend a meeting of Iranian and French merchants and economic activists tonight and will then meet with French parliament speaker.

Rouhani began his tour of Europe on Monday when he left Tehran for Rome.