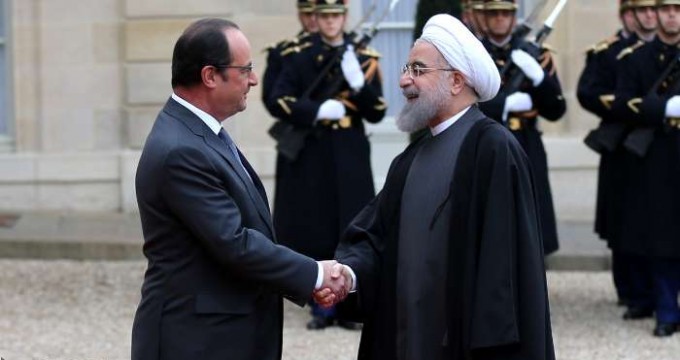 French President Francois Hollande said that some 30 deals between France and Iran in various spheres were signed during Iranian President Hassan Rouhani’s visit.

Iranian President Hassan Rouhani is currently on a visit to Paris, his first European tour since the removal of the EU sanctions against Tehran.

“For 17 years the Iranian president has not visited France. Today we opened a new chapter in our relations. I hope our cooperation will be beneficial for everyone,” Hollande told a joint press conference with Rouhani.

The French president noted that some 30 deals in various spheres were signed during Rouhani’s visit.

Earlier in the day, Rouhani met with representatives of various French firms, including energy giant Total and car manufacturer Renault.

In July, Iran and the P5+1 group, comprising Russia, the United States, China, the United Kingdom, France and Germany, reached a deal ensuring the safe nature of Tehran’s nuclear program in exchange for the lifting of sanctions, including embargoes on trade in gas and oil.

The United Nations, the European Union and, in part, the United States have since lifted their anti-Iran sanctions.
By  Sputnik News