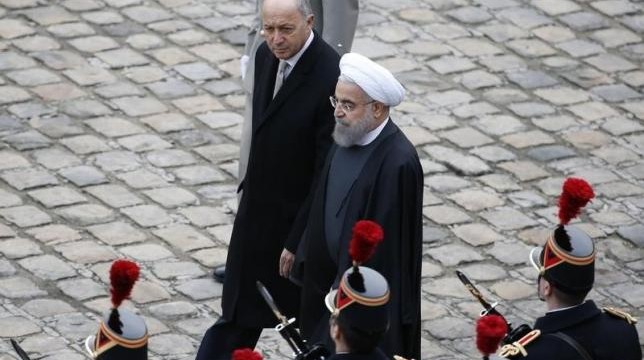 Hassan Rouhani ready to ‘Turn The Page’ In Iran-France relations

Iranian President Hassan Rouhani called Thursday for a new relationship with France as he met business leaders on a trip to Paris to revive economic ties after sanctions on his country were lifted.

Such airlines as the Air France and Dutch KLM told Iran about their readiness to launch direct flights to Iran in the nearest future, according to the deputy head of Iran’s Civil Aviation Organization.

Terrorists with ‘New Masks’ should be excluded from intra-Syrian talks

Iranian Deputy Foreign Minister Hossein Amir-Abdollahian said Thursday that the terrorists who are wearing the “new masks” need to be excluded from the peace process.

France will sign deals in the areas of health, agriculture and the environment with Iran later on Thursday during a visit to Paris by Iranian President Hassan Rouhani, French Prime Minister Manuel Valls said.

Iran’s President Hassan Rouhani highlighted the achievements of the Iranian people, including the Joint Comprehensive Plan of Action (JCPOA), which he referred to as an ingenious model the Iranian diplomats introduced to the world of politics.

The Iranian Navy on Thursday unveiled the country’s newest tactical radar in an ongoing naval exercise in the southeastern waters.