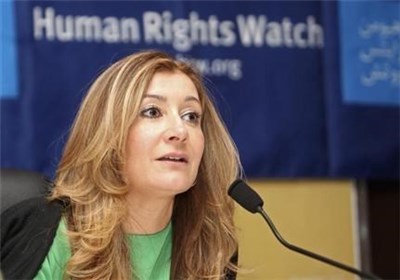 “Bahraini authorities have failed to stop torture and failed to address the culture of impunity that fosters torture,” the Middle East director at Human Rights Watch, Sarah Leah Whitson, said in the 659-page World Report 2016.

“The much-ballyhooed reforms will remain false advertising until Bahrain stops jailing activists and opposition leaders, holds officers accountable for serious abuses like torture, and gets serious about judicial and security service reform,” she added.

People who had been detained at the Criminal Investigations Directorate between 2013 and 2015 said they were tortured, according to the report.

They described a range of methods, including electric shocks, prolonged suspension in painful positions, severe beatings, threats to be raped and killed, forced standing, exposure to extreme cold, and sexual abuse.

Bahrain has been rocked by uprisings since February 2011, with protesters calling on the Al Khalifa family to relinquish power. Scores of people have been killed and many more arrested in the heavy-handed crackdown on demonstrations.

A report by the Bahrain Center for Human Rights (BCHR) said earlier that Manama had increased arbitrary arrests as part of its recent so-called anti-terrorism law.

More than 3,000 prisoners remain in arbitrary detention in Bahrain, according to the report.

The regime also arrested a large number of people who had taken to the streets to protest the execution of prominent Saudi cleric Sheikh Nimr al-Nimr by Saudi Arabia last month.