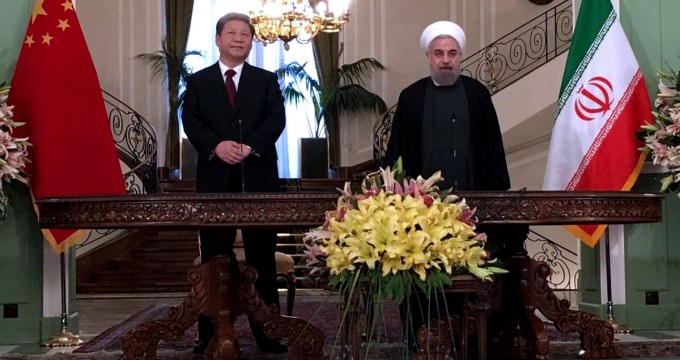 Iran said on Tuesday that it has signed a basic agreement with China to re-design a heavy water reactor in Arak during the visit to Tehran by the Chinese President Xi Jinping over the weekend.

Behrouz Kamalvandi, the spokesman of the Atomic Energy Organization of Iran (AEOI), has been quoted by the media as saying that a Chinese team that had arrived in Tehran with President Xi is still discussing the technicalities of Arak reactor job with their Iranian peers.

Kamalvandi added that the talks over the project will be lengthy and will also involve complicated commercial points.

Based on the Joint Comprehensive Plan of Action (JCPOA) that was implemented two weeks ago, Iran removed the core vessel of Arak heavy water reactor.  In return, the country is to receive outside help to re-design the same project.

Iran sealed the JCPOA after marathon talks with the P5+1 group of countries – the five permanent members of the Security Council plus Germany – last July.  It envisages steps by Iran to limit certain aspects of its nuclear energy activities in return for the removal of some economic sanctions against the country. Removing the core vessel at Arak was a key step that had been highlighted in the JCPOA.

Both projects will be used for desalination of sea water as well as the production of electricity, the official said.

Elsewhere in his remarks, Kamalvandi said that Iran will sign a basic agreement over the area of nuclear energy with Spain within the next few months.

He said discussions over this started with Spain before Iran sealed the JCPOA with the P5+1, adding that the implementation of the JCPOA has already facilitated the progress of negotiations toward the finalization of such agreements.