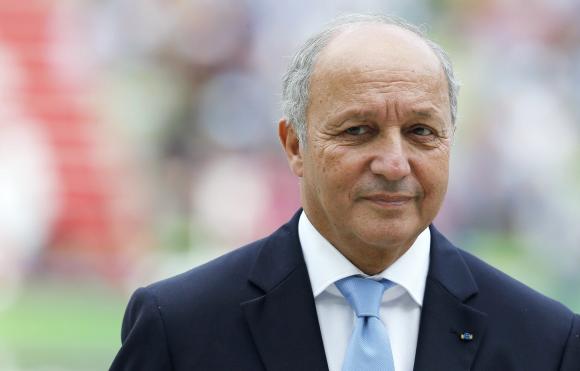 French Foreign Minister Laurent Fabius says the visit of Iranian President Hassan Rouhani to France is important for both geopolitical and economic reasons.

In an interview Thursday with The Associated Press ahead of Rouhani’s arrival, Fabius said: “This visit, which we hope is successful, will allow us to address the international situation and regional crises where we hope Iran can play a positive role – notably in Syria and Lebanon – and our bilateral relations, particularly economic.”

He said the nuclear accord, which France helped push through, “opened the way to a reinforcement of our relations.”

Rouhani laughed Wednesday when asked at the end of a three-day visit to Italy about the statue cover-up, which made headlines in Italy and around the world. Some Italian politicians decried the “cultural submission” implied in Italy’s gesture.

Rouhani said Iran made no specific request for the cover-up, saying there were “no contacts about this” from the Iranian side.

But he added: “I know that Italians are a very hospitable people, a people who try to do the most to put their guests at ease and I thank you for this.”

Ahead of a joint news conference Monday with Premier Matteo Renzi, wooden panels were erected around some Roman-era statues in Rome’s Capitoline Museums.

Iranian President Hassan Rouhani says his first visit to Europe since the nuclear accord was signed has proven that there are “great possibilities” for economic, academic, scientific and cultural cooperation and that “today we are in a win-win situation” after years of mutual losses due to sanctions.

At a press conference Wednesday on his third day in Rome, Rouhani said he hoped that such developments could also take place in the United States, but said the U.S. Congress was getting in the way.

He says, “The key is in Washington, not in Tehran.”

After visiting the Colosseum, Rouhani next heads to France.

Rouhani told reporters Wednesday that he and Pope Francis discussed the issue during their audience at the Vatican on Tuesday.

Francis was once asked about the extremist attacks on the satirical French magazine Charlie Hebdo. He suggested that a violent reaction could be expected when someone’s faith is insulted, saying that anyone who insults his mother can expect to be punched.

Rouhani concurred, saying “freedom of expression doesn’t mean that people can do what they want.”

He made the comments hours before arriving in Paris on the next leg of his European trip.