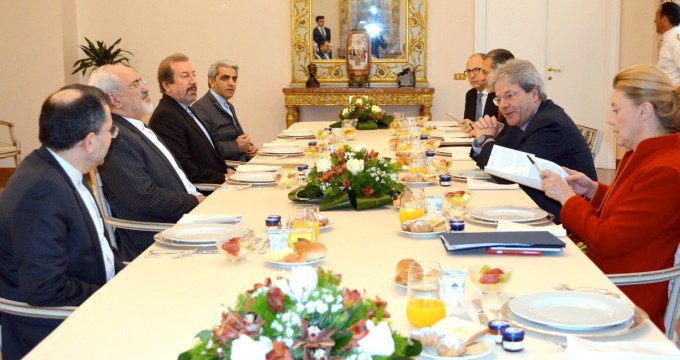 Rome, Jan 26, IRNA – Italian Foreign Minister Paolo Gentiloni said on Tuesday that Rome will support Tehran’s role in the settlement of tensions in the Middle East including the humanitarian crisis in Syria.

He made the remarks in a meeting with his Iranian counterpart Mohammad Javad Zarif in Rome.
He said that nuclear deal between Tehran and Group 5+1 will help Italy promote its political, commercial cooperation and investment in Iran.

Expressing concern over severe tensions in the Middle East, Gentiloni said the tensions can escalate internal conflicts in the Islamic world and endanger diplomatic efforts to solve regional crises.
Zarif is accompanying President Hassan Rouhani on his official visit to Italy.