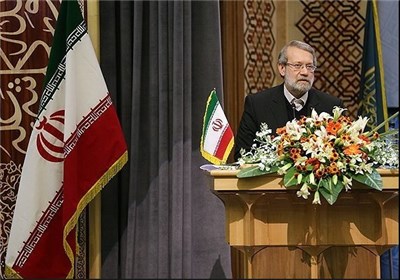 Baghdad, Jan 25, IRNA – The 11th conference of the Parliamentary Union of the OIC Member States (PUIC) ended work here on Sunday evening while issuing a statement.

The PUIC statement condemned massacre in Syria and Yemen and urged the member countries to prevent fatwas which urge people to commit crimes and show disgusting behavior.

Also, the statement implicitly referred to certain warmongering countries in the region and condemned wars against Syria and Yemen.

Further, the PUIC statement called on the member states to support the United Nations to solve the crises in Syria and Yemen through peaceful solutions.

Also, the statement strongly condemned those who have helped the terrorist groups in Syria for five years. However, the statement did not point to any certain country as supporter of terrorists.

All top participating officials in the PUIC conference warned against tarnishing the image of the Islamic religion.

The statement also warned against spread of the Takfiri ideology.

The PUIC statement stressed importance of not letting the foreigners interfere in the internal affairs in Iraq.

Another important issue at the statement was support for the Palestinian movement against the Zionist regime.

The PUIC member countries in the final statement expressed support for the Iraqi and Syrian refugees.

Some 40 Islamic countries attended the event. Ten participants, including Iran, took part at the level of parliament speaker.

Saudi Arabia, Qatar, Bahrain and UAE did not take part in the conference.

The PUIC meeting was held in Iraq while the region is witnessing developments such as international organized terrorism which has put the Islamic countries in danger.

The PUIC has 53 members and 22 regional and international organizations and parliaments are observers of the Union.