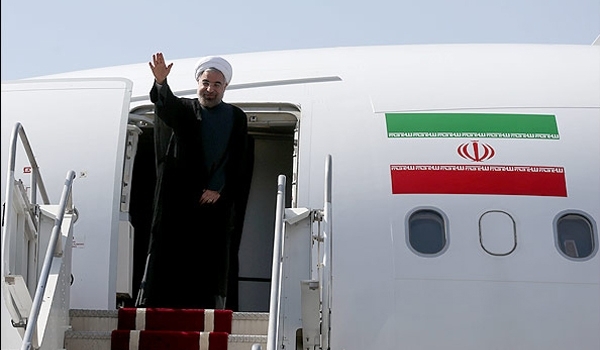 President Rouhani’s visit takes place at the invitation of his Italian and French counterparts.

Iran’s president travels to Europe for a four-day visit arriving first in Rome and then heads to Paris. This will be his first state visit to Europe where he is scheduled to meet with top officials from both countries.

The first stop is Italy, where Rouhani will meet with Italian president Sergio Mattarella.
Rouhani will then head to the Vatican to meet Pope Francis. It’s been more than a decade since an Iranian president has visited any European Union nation. Iranian and Italian officials say they hope this visit will help improve economic and trade ties. Analysts expect an investment boom, with Italy reinvesting in Iran’s car industry in the near future.

The next stop is Paris. Rouhani is expected to meet with French President Francois Hollande. With sanctions lifted, Iran can now access billions of dollars in frozen assets and pursue new trade opportunities.

Several European ministers have visited Tehran this year, hoping to benefit from the opening of a major economy with a young, well-educated population of just under 80 million and some of the world’s largest energy reserves.