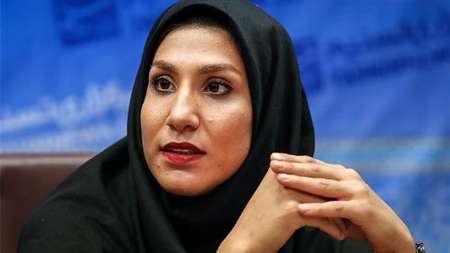 On Sunday, the 25-year-old received a bye in the first round of women’s kumite over 68-kilogram contests at the Pierre de Coubertin Stadium in Paris. She emerged victorious with a result of 2-0 in her first contest against the host nation’s Sofia Kloucha.

Abbasali then took down her Ecuadorian opponent Valeria Echever 4-0 in her march to the final competition, before losing to French athlete Anne Laure Florentin and settling for the third-place fight, Iran Daily reported.

The Iranian sportswoman defeated Italian and Danish rivals in the next bouts, and won the bronze medal for Iran.
The 20th edition of the Open de Paris – Karate Premier League opened in the French capital on January 22, and will finish on January 24, 2016.
The tournament has reportedly brought together 1,012 male and female athletes from 75 nations, including Algeria, Austria, Azerbaijan, Colombia, Croatia, Denmark, Ecuador, Iran, Italy, Luxembourg, Poland, Russia, Spain, Switzerland, Tunisia and Ukraine.