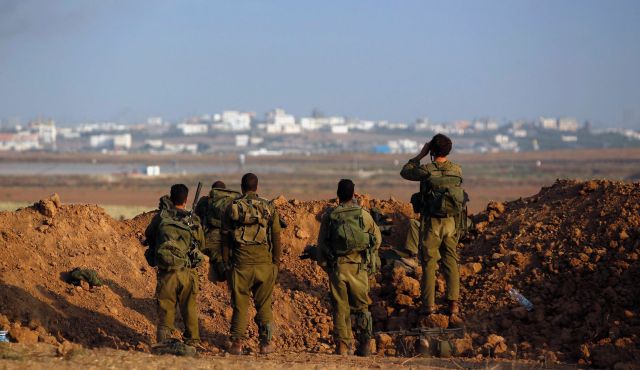 Alwaght- It is ten years now since the Israeli regime imposed its illegal blockade on the Gaza Strip, but despite their suffering, the besieged Palestinians, has grown stronger in their resistance while the Israelis have failed miserably in their wicked objectives.

These have been long ten years for the strict, harsh and inhumane Israeli imposed, Egyptian and Western backed blockade on the Gaza Strip.
Gaza was besieged in the wake of the 2006 Palestinian elections, which the Palestinian Islamic Resistance Movement, Hamas, won with an overwhelming majority. Local and international observers described the Palestinian poll as one of the most transparent ever recorded.

Israel decided to pull its troops out of the Gaza Strip in September 2005. But the Palestinian coastal enclave was placed under a crippling air, sea siege after the withdrawal. Palestinians say the Israeli regime is still an occupying power as it continues to control all aspects of life in the besieged territory.

The Israeli-imposed siege on Gaza has pushed up poverty in the coastal enclave to new highs. The Palestinian Center for Human Rights (PCHR) says that 21.1 percent of the Palestinians living in the coastal strip are suffering from “extreme poverty”.
The PCHR report has further added that in addition to causing a rise in the poverty rate, the Israeli blockade has caused unemployment in the enclave to rise to 44 percent.
This indicates the extent of the unprecedented economic deterioration suffered by the Palestinians in the Gaza Strip, it added.

Israel’s isolation and siege of Gaza has resulted in grave violations of the economic, social and cultural rights of 1.8 million people, as well as a serious deterioration in their living conditions,” said the PCHR in its recent report.

In May, the World Bank described Gaza’s economy as one of the worst in the world, with unemployment in the strip standing as high as 43 percent. It also warned that as much as 73 percent of the population there is suffering from food insecurity.
In early July 2014, the Israeli regime waged a war on the Gaza Strip. The 50-day offensive ended on August 26 with a truce that took effect after indirect negotiations in the Egyptian capital Cairo. Nearly 2,200 Palestinians, including 577 children, were killed in Israel’s onslaught. Over 11,100 others — including 3,374 children, 2,088 women and 410 elderly people — were also injured.

The Israeli regime also staged an all-out war on the densely Gaza Strip three days before the turn of 2009. Twenty-two days of land, sea and air strikes left more than 1,400 Palestinians, including at least 300 children, dead and nearly 5,000 more injured.

The offensive leveled 4,000 houses in the blockaded territory and devastated a large portion of infrastructure. The war also saw targeting of UN-run schools and centers by Israeli regime forces.

More than 50,000 people were displaced as a result of the three-week war. In both wars the Israeli regime was faced with stiff resistance from Palestinian fighters and thus failed to achieve its stated objective of obliterating the resistance movement.
The Israeli regime’s brutal wars and decade long illegal and inhuman siege on Gaza continue amid international community’s silence or indifference.

The international community’s deafening silence on Israel’s inhumane blockade on the population in the Gaza Strip, is indeed shameful. No population has experienced suffering more than the Gaza people who live in the world’s largest open-air prison and are exposed to killing, terrorism and humiliation.
More shameful is the fact that the Israeli siege of Gaza would be impossible without the active collaboration of the Egyptian regime. The Egyptian Revolution of 2011 raised the hopes of millions of people that Egypt would refuse to enforce the siege of Gaza along its border in the Sinai. But with the restoration of naked military rule under Abdul-Fattah al-Sisi, those hopes have been dashed.

Incitement against the Palestinian people has been a characteristic of the Egyptian media since the signing of the Camp David Accord in the Sadat era, and continued with attempts to demonize the resistance throughout Mubarak’s rule and now under al Sisi’s dictatorship. The fact that the Egyptian capital, Cairo, is the headquarters of Arab League is a clear message to the Palestinian resistance that Arab support for now is unreliable in liberating Palestine.

Furthermore the so-called international community is siding with the Israeli regime thus depriving Palestinians of any hope of peacefully obtaining their rights. It is very clear that there is no solution except popular resistance and this has been proven in Gaza. This is the only solution to end the occupation, colonization, war crimes and ethnic cleansing perpetrated by the Israeli regime with the support of the US and other Western countries.