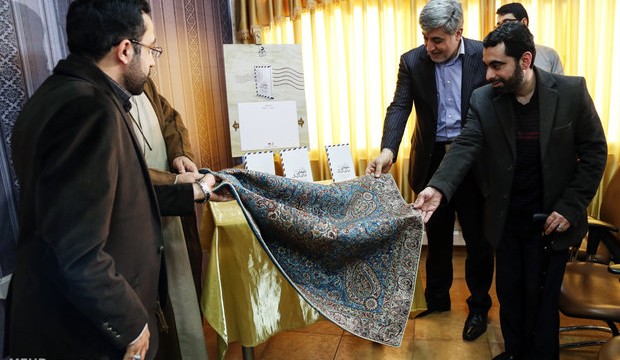 ‘A Letter for Second Thought’ unveiled

The book is a collection of nine articles addressing various aspects of Iranian Leader’s letter to the Western youth, first published in 2015 and celebrating its first anniversary on Jan. 21.

The unveiling ceremony was attended by Mehr News President Ali Asgari, compiler of the book Rouh Al-Amin Saeedi, President of the Institute for Cultural and Social Studies Ayatollah Zuelm, and the Head of Youth Thought Center Mohammadreza Yaghini.

Mr. Saeedi called Leader’s letter a turning point and a new route of communication between thoughtful and liberal people, especially the youth, on an equal stand and based on the spirit of reason and logic, to hold constructive dialogue and to achieve mutual understanding and find ways to eliminate misunderstandings and problems of human societies.

The book, he said, includes nine short articles written by young researchers to address nine main aspects of Leader’s letter, each by a young researcher, to take steps, though small, on the route and answer the questions raised by the Leader of Islamic Revolution.

Going through the lines of the letters, he said, Leader’s letters, first of which was published on Jan. 21, 2015 and the second on Nov. 29, same year, urge Western young people not to succumb to the Islamophobic conditioning of their societies, but instead to think for themselves.

In his letter, Ayatollah Khamenei addresses the youth on Islam, particularly the image that is presented to them as Islam. “Many attempts have been made over the past two decades, almost since the disintegration of the Soviet Union, to place this great religion in the seat of a horrifying enemy. The provocation of a feeling of horror and hatred and its utilization has unfortunately a long record in the political history of the West,” he quotes the letter.

He described the letter a new window to the West and to hold dialogue with youth who may have previously been neglected and were not considered important.

One of the considerations in collecting the book, was to include articles written by young scholars, since the Leader’s letter addresses the youth.

President of the Institute for Cultural and Social Studies Ayatollah Zuelm said Leader’s letter addresses major aspects, including the trust in the western readers who will understand the fact and the belief in positive change of Westerners.

A Letter for Second Thought contains articles which deal with current issues in the world, including orientation towards terrorism and extremism among European youth and why they, so prevailingly, join terrorist groups as ISIL, why Islam is introduced as a fictitious enemy of the West, what the history of West and its colonial records are, how to create public awareness in the West, what Islam’s place in the global power is, what the foundations of Islamic civilization and values are and what role the media play as a tool to represent the reality.