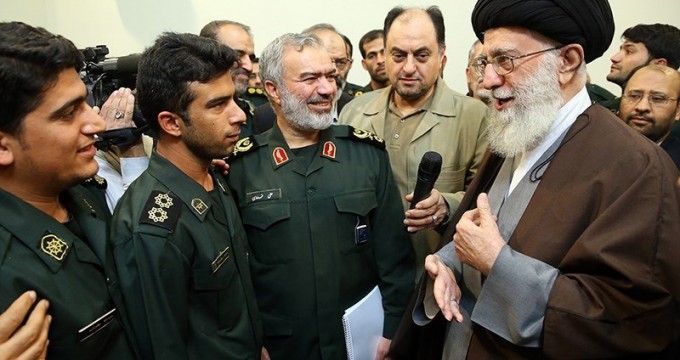 Tehran, Jan 24, IRNA – Supreme Leader of the Islamic Revolution Ayatollah Seyyed Ali Khamenei on Sunday praised a group of IRGC Navy troops for sense of responsibility to protect Iranian territorial sea and seizure of 10 US marines at sea earlier this month.

11th meeting of PUIC opens in Baghdad with Iran participation

Baghdad, Jan 24, IRNA – The 11th conference of the Parliamentary Union of the OIC Member States (PUIC) began in the Iraqi capital city on Sunday with Iran’s Majlis Speaker Ali Larijani as one of its participants.

Tehran, January 24, The Iran Project – The Joint Comprehensive Plan of Action (JCPOA) which took effect on 16 January 2016, following a joint statement delivered by Iran’ Foreign Minister, Dr. Javad Zarif, and the EU Foreign Policy High Representative, Ms. Mogherini, in Vienna, is the result of a series of extensive and collective efforts that sought, for more than two years, to give diplomacy a chance and end resort to pressure, coercion and threat. The new fundamentally different approach, taken following Iran’s Presidential election in 2013 and the election of President Rouhani, was a departure from the path travelled during the preceding years. This new approach helped all of us opt for the best possible way out, put an end to an unnecessary crisis and accomplish major achievements for all the parties involved and the whole international community.

RIYADH, Saudi Arabia (AP) — Secretary of State John Kerry said Sunday that the U.S. friendship with Saudi Arabia is stronger than ever and that the two will work together to try to end wars in Syria and Yemen.

Tehran, Jan 24, IRNA – The wife of the martyr nuclear scientist Majid Shahriari here on Sunday appreciated the efforts made by Iranian negotiators who concluded a nuclear deal between Iran and the Group 5+1.

Israeli rabbi calls for execution of all Palestinians

A senior Israeli rabbi says Tel Aviv should execute Palestinians instead of arresting them and “leave no one alive” in order to establish safety in the occupied Palestinian territories, Palestinian media report.

TEHRAN, Jan. 24 (Shana) — 3,000 tons of liquefied gas produced by Abadan Refinery was traded in the international floor of Iran Energy Exchange on Saturday.

Tehran, Jan 24, IRNA – President Hassan Rouhani said on Sunday that expansion of cooperation between the Association of Southeast Asian Nations (ASEAN) and the Economic Cooperation Organization (ECO) will lead to development of the region.

World Economic Forum wraps up in Davos with oil prices, Iran in limelight

The 46th World Economic Forum (WEF) has wrapped up in the Swiss ski resort of Davos. Some 2,500 participants from some 100 countries, including the leaders of 40 states, gathered in Davos to discuss the most urgent international issues, including falling oil prices, anti-Russia sanctions and the prospect of Iran’s return to the global market.