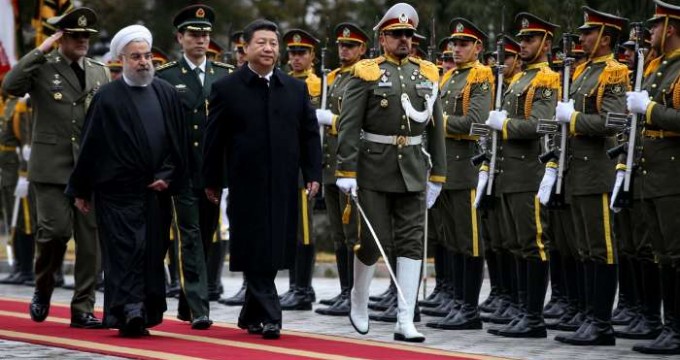 Chinese President Xi Jinping pays a state visit to Iran days after a comprehensive plan of action on the Iranian nuclear issue finally went into effect.

Analysts believe that it marks a new era for Sino-Iranian cooperation, in which Iran will embrace more Chinese investment and technology.

Xi’s visit to Iran on January 22 and 23, will be the first visit to the country by a Chinese president in 14 years.

Six days before Xi’s trip, the Iranian people said goodbye to their hardest days with the implementation of the nuclear plan, which required Western countries to lift economic sanctions against Tehran.

Sino-Iranian economic and trade ties – which have suffered severe setbacks over the past 30-plus years – will embrace a new phase in the post-nuclear-deal era, Hua Liming, former Chinese Ambassador to Iran, the United Arab Emirates and the Netherlands told the People’s Daily.

“As the sanctions have been lifted, Iran’s oil exports are back on track,” Hua explained.

He believes Iran’s economy will benefit not only from oil exports to China, but also from Chinese investment and technology.

Hailing Sino-Iranian economic and trade cooperation as a highlight of Xi’s trip, Li Shaoxian, an expert on Middle East studies at Ningxia University, described the two nations as born partners.

Li was optimistic about Iran’s future, insisting that thanks to its vast territory, rich natural resources and strong national education system, it will only be a matter of time before Iran takes off, as long as it seizes the right opportunities.

But as more countries have begun to seek cooperation with the resource-abundant nation now that sanctions have been lifted, China faces larger pressure to compete for the “big cake.”

Li emphasized that there will certainly be more space for Sino-Iranian cooperation, explaining that as Iran’s largest trade partner, China is a strategic complement to Iran.

According to Li, Iran is also one of China’s key partners in the building of the Silk Road Economic Belt and the 21st Century Maritime Silk Road.

Li said Iran’s active echoes of China’s proposal are appreciated, and he pointed out that Iran requires a large sum of financial and technical support to revitalize itself.

Hua suggested that under the framework of China’s “Belt and Road” proposal, areas of cooperation can be expanded beyond the infrastructure and energy fields.

Against the backdrop of closer trade ties, Hua also called for more cooperation in education, tourism and other cultural exchanges.

“I hope both countries can improve their mutual understanding and friendship by intensifying cultural exchanges and communication in the post-nuclear-deal era,” he added.