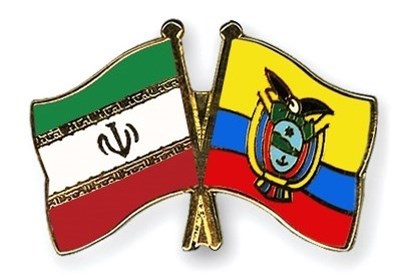 TEHRAN (Tasnim) – Iranian President Hassan Rouhani said the recent implementation of the July 2015 nuclear deal and termination of anti-Iran sanctions would prepare the ground for development of relations between Tehran and Quito.

“The termination of cruel sanctions against the Islamic Republic of Iran will pave the way for the expansion and deepening of ties between Tehran and Quito,” the Iranian president said in a Friday phone conversation with his Ecuadorian counterpart Rafael Correa.

Rouhani added that Tehran welcomes the promotion of its cooperation in different political, economic, trade, and technological fields with Ecuador as an influential country in Latin America.

“The Iranian nation and government attach great significance to the enhancement of friendly ties and cooperation with Latin American countries,” he added, stressing that Iran and Ecuador, as two friendly nations and governments, will always stand by each other in international arenas.

Correa, who had initiated the phone call, congratulated Rouhani on the implementation of the recent nuclear deal, known as the JCPOA, and said the removal of the cruel sanctions against Iran has opened a new chapter of victories for the Iranian nation and government at the global level.

All Latin American countries are pleased with Iran’s victory in this case, he asserted, adding that the new situation will provide a great opportunity for the development and deepening of ties between the two states in economic, technological, and scientific fields, among others.

Ecuador has always countered the double-standard policies of the Global Arrogance and defended and will continue to defend the rights of the Iranian nation and government in all global bodies, the Ecuadorian president underlined.

The phone call was made one week after the implementation of the nuclear deal finalized by Tehran and world powers back in July 2015 was officially started and, as a result, all nuclear-related sanctions against Iran were terminated.