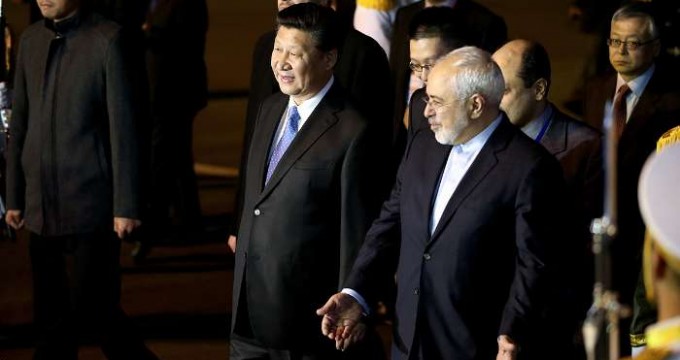 The Chinese president is in Iran at the invitation of his Iranian counterpart Hassan Rouhani.

President Xi is heading a high-ranking Chinese delegation to Iran.

The Chinese president was welcomed by Iranian Foreign Minister Mohammad Javad Zarif upon his arrival at Mehrabad International Airport.

The Chinese president’s trip to Tehran is the last leg of his three-nation tour which has also taken him to Saudi Arabia and Egypt.

The visit is the first by a Chinese president to Iran in 14 years.

Iran and China will sign 17 documents for cooperation in economic, industrial, cultural and judicial fields in the presence of the two countries’ presidents.

The value of trade exchanges between Tehran and Beijing stood at some $52 billion in 2014. However, the figure dropped in 2015 due to decreasing oil prices.