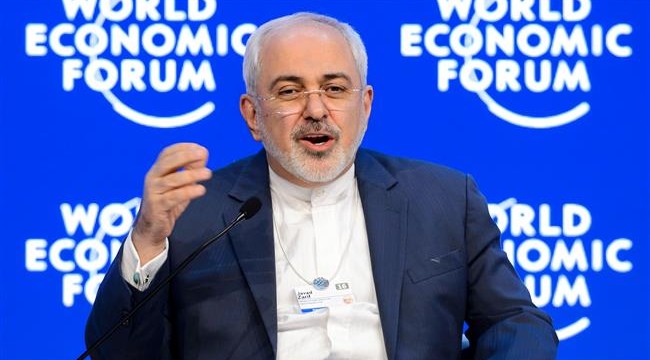 (CNN)Iran’s foreign minister says Saudi Arabia is “panicking” over the potential for reduced tensions between Tehran and the West, that he is happy for the families of Americans previously imprisoned in Iran, and that the U.S. is “addicted” to sanctions.

“We do not have a fight to pick with Saudi Arabia,” Javad Zarif told CNN’s Christiane Amanpour in an exclusive TV interview.

“We believe that Iran and Saudi Arabia can be two important players who can accommodate each other, who can complement each other, in the region.”

“Unfortunately, the Saudis have had the illusion that backed by their Western allies, they could push Iran out of the equation in the region.”

Zarif said that the alliance between Saudi Arabia and Western nations, and the tension between those nations and Iran, provided a “smoke screen” that allowed Saudi Arabia to “export this Wahhabi ideology of extremism.” (Wahhabism is the branch of Sunni Islam practiced in Saudi Arabia.)

Hopes for relations between Iran and the West are high after last weekend’s implementation of a hard-won deal, agreed to last July, to swap relief of sanctions on Iran for guarantees about the peaceful nature of its nuclear program.

The foreign minister emphasized, as he did in an op-ed for The New York Times earlier this month, that 15 of the 19 September 11 hijackers were Saudis, and blamed the “Wahhabi ideology” for much of the violent extremism now seen in the region and indeed in the West.

Saudis: ‘We have confidence in the United States’

Long-simmering tensions between Iran and Saudi Arabia have been on the rise recently.

Since last year, the two have been fighting a proxy war of sorts over Yemen, where Saudi Arabia has intervened.

But the problems really flared just after the new year, when Saudi Arabia executed 47 people, including a prominent Shiite cleric.

“We were always in the community of nations. Now their allies have recognized that Iran is a serious partner.”

Zarif was at the center of a high-stakes deal between the United States and Iran over the weekend to swap prisoners.

America won the release of five citizens, including Washington Post journalist Jason Rezaian, and in turn released seven Iranians the country held on charges relating to the sanctions that have now been lifted.

But the deal was almost thrown off at the last minute when Iran tried to prevent Rezaian’s wife and mother from boarding the Swiss plane that was to ferry them to freedom. It was only after a personal call from U.S. Secretary of State John Kerry, with whom Zarif had developed a personal relationship over the long nuclear talks, that the matter was resolved.

As soon as Kerry showed him that “it was part of the deal,” Zarif said, he made sure Iran kept its end of the bargain.

“That’s the type of people we are. We implement. We fulfill our promises.”

“We believe that they had committed acts that were illegal.”

“All of them are Iranian-American families,” he said referring, as well, to most of the prisoners released by the U.S. “I’m happy for the families of other Iranian-Americans, who still live in the United States, but (are) now back to their loved ones.”

“I think it was an important achievement that we all made together.”

America has ‘fixation on missiles’

The prisoner swap and nuclear deal do not mean Iran and the United States are suddenly allies.

Just as the United States was lifting sanctions on Iran’s nuclear program, it was implementing new ones over entities and individuals linked to the country’s ballistic missile program, which it said poses “a significant threat to regional and global security.

“The United States has this fixation on missiles.”

“I call it a sort of addiction — addiction that some in the United States have to sanctions and pressure.”

“Just like people who smoke, they know that (sanctions) don’t work, but the addiction prevents them from just calling it quits.”

“So I think it’s best if the United States would once and for all determine for itself that sanctions don’t work. That with Iran, negotiations, talking, respect, always works.”