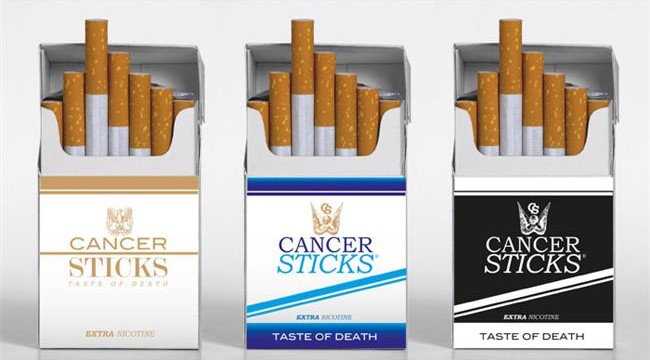 WHO: Iran must raise Tobacco tax as per FCTC

The meeting, at the Health Ministry, centered on Iran’s performance in terms of tobacco control. Officials also discussed past experiences and underlined the need for WHO aid in the area.

Health Minister Hassan Qazizadeh Hashemi, Dr. Ghazi S. Zaatari, chairperson of the WHO Study Group on Tobacco Product Regulation, Khosrow Sadeqniat, head of the secretariat of Iran’s Tobacco Control Headquarters, and Ahmad Kousha, head of the Non-Communicable Diseases Center at the Health Ministry, were among the attendees.

“Some measures taken so far by the Islamic Republic have been satisfactory, but failure to implement Article 6 of the convention remains Iran’s main shortcoming in this respect,” Silva maintained.

Article 6 of the FCTC mandates effective taxes on tobacco products that lead to higher prices which not only help reduce consumption and demand, but also cuts governments’ healthcare costs associated with tobacco consumption. It recommends big increase in cigarette tax to reduce consumption.

“We need to look into what changes the FCTC has managed to bring to the tax structures and price of tobacco products in Iran,” Silva stressed.

In the Islamic Republic, the tax on cigarettes is equivalent to a paltry 2% of the cost price, while preventive legislation in some countries suggests that 70% of cigarette prices should constitute taxes.

The Food and Drug Administration (FDA) is following up on the proposal made to the Majlis to raise taxes on tobacco. So far, the special commission in this regard has not agreed to the proposal submitted by the Health Ministry, according to Sadeqniat.

The use of tobacco is the largest (preventable) cause of disease and premature death in the country.

“Around 65,000 people die of tobacco use in the country annually,” Sadeqniat said, adding that 50 billion cigarettes worth $33.3 million are smoked every year by nearly 10 million people. Further, around 30% of children below five years are exposed to tobacco smoke.

According to WHO, the tobacco epidemic is one of the biggest public health threats the world has ever faced, killing around 6 million people a year. More than 5 million of those deaths are the result of direct tobacco use while more than 600,000 are the result of non-smokers being exposed to second-hand smoke.

Tobacco users who die prematurely deprive their families of income, raise the cost of health care and hinder economic development.

Nearly 80% of the more than one billion smokers worldwide live in low- and middle-income countries, where the burden of tobacco-related illness and death is heaviest.

A mechanism that increases prices and imposes higher taxes is one of the core strategies of the WHO to reduce the demand for tobacco. Many countries including France, Philippines and Turkey have successfully introduced stringent tobacco tax policies, an action that has reduced its use without leading to an increase in cigarette smuggling.

FCTC, Tobacco tax, WHO January 21, 2016
Art history in Arabshahi’s abstract paintings
What next for Iran, the US after sanctions relief