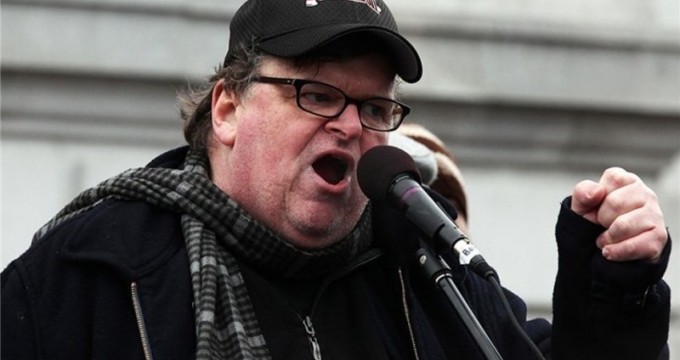 TEHRAN (Tasnim) – Film director Spike Lee, who is leading calls for a boycott of the 2016 Oscars over the lack of black actors among nominees, called on for Hollywood to adopt policies to address the issue of racial diversity behind and in front of the camera.

Lee, who was awarded an honorary Oscar in November, said on Tuesday Hollywood had fallen behind the worlds of music and sports, saying it makes sense businesswise for the movie and TV industry to reflect the racial diversity of the United States.

“As I Said In My Honorary Oscar Acceptance Speech, It’s Easier For An African-American To Be President Of The United States Than Be President Of A Hollywood Studio,” the “Chi-Raq” director wrote on his Instagram page.

“Why Can’t Hollywood Do The Same?” he added, Reuters reported.

Lee’s call for a boycot followed nominations last week which featured no people of color in the 20 lead and supporting actor and actress nominations.

Director Michael Moore said on Tuesday he would join the boycott, along with Jada Pinkett-Smith, the actress wife of snubbed “Concussion” star Will Smith.

Moore, an Oscar-winner in 2003 for his documentary Bowling for Columbine, told The Wrap that Hollywood’s struggles with diversity, and the ethnically limited film industry culture in Los Angeles, in particular, were to blame for this year’s all-white list of nominations.

“A fish rots from the head down,” he said. “The problem has to get fixed in the studio system, which has been a white-dominated, male-dominated industry for ever.”

“When you’re working in New York, you have a day-to-day existence with African Americans in the industry here,” added Moore.

“But I can fly to LA for two or three days of meetings and never encounter an African American person in any position of power. I can very easily leave LAX, go to a West Hollywood hotel, have a meeting in Burbank, another meeting in Century City and another in Santa Monica, go back to LAX and never encounter an African American who isn’t in a service position. I love LA but the problem has to get fixed there.”

While professing support for Academy president Cheryl Boone Isaacs, who has vowed to improve diversity among Oscars voters, Moore said the organisation’s inability to change convinced him to act.

“The idea that we could go two years in a row, when 40 actors could be nominated and none of them were black, is just crazy,” he said. “So if it will help to lend my name to what Spike and Jada are doing, I’m hoping to be a symbolic participant in this.”